Kakao Games and Nine Ark Inc have just announced that the highly-anticipated mobile RPG Eversoul has finally launched for Android and iOS. The game sees players enter a fantasy land where they take on the role of a saviour who must save the World of the Souls by building strongholds and fighting against enemies.

Pre-registrations kicked off a few weeks ago and certain milestone rewards were set. But in just two weeks of launching these targets, all the goals were smashed, meaning players hopping into the game will earn a lot of rewards straight away. The treasure trove of goodies includes 100,000x Gold, 100,000x Mana Dust, 1,000x Everstone, exclusive Mica and Seeha Illustration, Epic Soul Mica, and limited-edition costumes for Mica and Seeha. 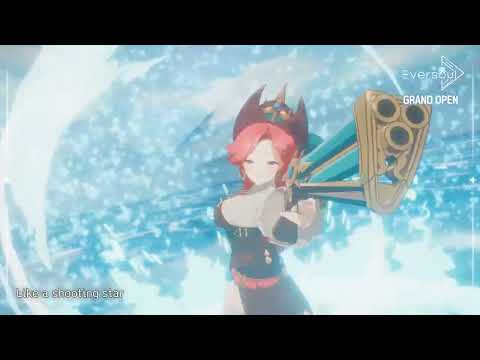 In Eversoul, as the designated Saviour, players must fight waves of foes and collect Souls, which will serve as playable characters. Each Soul will be unique, possessing its own skill set and attributes in addition to spirit-imbued artifacts. Forming relationships will be another crucial part of Eversoul, allowing players to get close to other characters and also form romantic bonds with them to aid in battle.

All the gathered souls can be found in the Town. Here, players will have the option of sending them on part-time jobs in order to collect EXP and vital resources. These tasks will continue in an idle mode as well when players aren’t playing. The region can also be decorated to make it more homely for all the rescued Souls who are busy doing hard work.

If you're interested in saving the world and helping these Souls forge a new path, then download Eversoul now for free by clicking on your preferred link below. For more information and the latest developments, follow the developer's Twitter handle.

Next Up :
Teppen is concluding its Reploid Army arc with the launch of the Sigma Invasion expansion