Tesla vs Lovecraft developer 10tons’ survival game Dysmantle which launched on the Nintendo Switch last year has finally made its way to mobile. It is an open-world action RPG with the simple goal being to ruin it all. Players must leave their shelter and escape a frightening island by gathering, crafting, and killing their way through.

Dysmantle initially drew inspiration from 2D platformers like Motherload and Steamworld Dig, which involved gathering parts and building different items using them. But it quickly zoomed leagues ahead as 10tons created the game in such a way that pretty much everything that is in the game world can be destroyed, discounting the items used to build stuff of course. 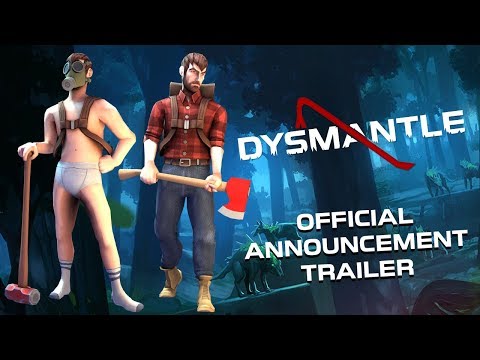 Wreaking havoc and destroying things isn’t the only goal of this game as it also features a vast open-world with lots of role-playing to do. Players will fight enemies, craft and level-up gear, explore the island, farm, fish, and cook, all in a post-apocalyptic world. The game posits a challenge at each stage, especially if someone is where they aren’t supposed to be.

Fighting the way through this wretched island definitely does seem like a cumbersome process as well so Dysmantle has taken care of some side jobs as well. Hunting animals, fishing, and farming will ensure that stomachs are full and gear is fully upgraded. Plus, ancient tombs are scattered all over the place waiting to be uncovered so that their magical rewards can be claimed.

Be sure to check out the announcement trailer embedded above to get a feel of what Dysmantle is going to be like. It is set to launch on the App Store on May 19th. Pre-orders are already live and the game will cost a total of $9.99 USD. Are you ready to survive in a post-apocalyptic world with ferocious monsters waiting to devour you?

While you wait for Dysmantle to launch, why not also check out some of our other favourite survival games?
Next Up :
Artery Gear: Fusion launches global pre-registration sign-ups with tons of milestone rewards