Starmi (previously Lionheart Games) has announced that Dragonspire, the studio's anime-style action roguelike game, can now be added to players' wishlists on Steam to make sure they get first dibs on the title as soon as it launches. Early Access will be available for PC users this spring, while iOS and Android players can expect to dive into the game a few months later.

In Dragonspire, players can look forward to fun co-op multiplayer modes as well as a dynamic gear system that makes character collection a thrill. Players can also collect tons of different pets, as well as gather more than 50 different Elemental Abilities and over 150 power-ups. Bosses will put players' skills to the test with variant modifiers as they attempt to traverse the ever-changing lands of Asteria.

The game also features bountiful crests that will reward players with in-game goodies when they clear certain rooms. If you happen to stumble upon a miracle egg, you can incubate and hatch these fearsome companions to aid you in battle. 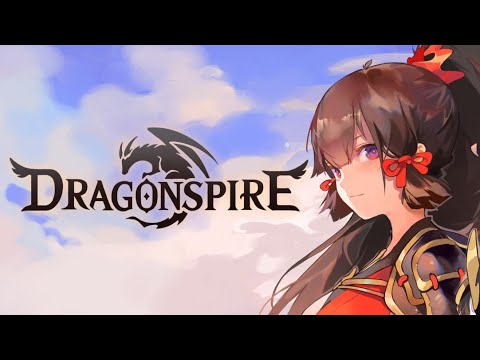 If you're keen on experiencing the game for yourself, you can now add Dragonspire to your Wishlist on Steam, or be on the lookout for its store links on the iOS App Store and on the Google Play Store for Android devices. You can also visit the official website for more info, or join the community of followers on Twitter to stay updated on all the latest developments. You can take a little sneak peek at the embedded clip above as well to get a feel of the game's vibes, visuals and mechanics.

Are you on the hunt for more similar titles that will put your skills to the test on your mobile device? Why not take a gander at our list of the best roguelike games on Android?

Next Up :
Pokemon Go is launching Season 9: Mythical Wishes on December 1st with the Go Tour 2023 in Hoenn