The incredibly anticipated mobile edition of the popular Diablo franchise, Diablo: Immortal, has officially announced a release date for Southeast Asian audiences. On June 23rd, the hack-and-slash dungeon-crawler will launch exclusively in that region, as Blizzard is planning a staggered release to improve player experience on launch day.

That’s right, it’s finally real. After many, many years of trailers, gameplay details, and teasers, Immortal will finally launch in all its glory only a month from now. If you aren’t familiar, Diablo is a very popular aRPG franchise that allows players to build their character based on a select few class archetypes as well as collect gear to further enhance whatever playstyle they desire.

As for what classes will be available on launch, we’ve got six options to choose from. These will be the Barbarian, Crusader, Demon Hunter, Monk, Necromancer, or the Wizard. All of these are familiar Diablo staples and cover the whole RPG typicals, from magic ranged combatants to in-your-face pure melee killers. Using one of these six, you’ll adventure across eight unique zones to destroy hordes of demons and angels alike. 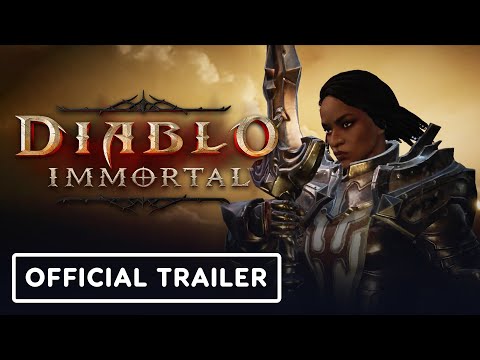 For the lore heads amongst the Diablo fandom, this title is set between the end of Diablo 2 and the beginning of Diablo 3, bringing with it a ton of story that is canon to the series as well, so expect to see a few familiar faces amongst NPCs as well. You’ll be teaming up with these usual suspects as you progress throughout that adventure.

Of course, co-op is a staple of the series as well, but Immortal introduces a brand new mechanic as well; PvP. This new mechanic will let you team up with a guild to both achieve PvE dominance and rewards as well as participate in the Cycle of Strife, an ongoing conflict that will let the server's top players earn the Eternal Crown and earn very rare rewards.

If you’re wondering where to find Diablo: Immortal and even pre-register for iOS, you can find it on the App Store. For the Android audience, pre-registration isn’t available just yet, but keep tabs on the official website for any more updates in that regard.