Devsisters has just released a new update for its super popular RPG Cookie Run: Kingdom. Named Stories by the Fireplace, this update is celebrating the holidays with lots of content. In this update, players will find two new cookies, special events, more BTS costumes, and an expansion to The Tower of Sweet Chaos.

Let’s start things off with the two new Cookies coming to Cookie Run: Kingdom. The first is Carol Cookie, an Epic Healer Cookie with a beautiful voice. She sings to restore her allies’ HP, while also giving a boost to their critical strike chance and critical hit damage.

If only two teammates, including herself, remain then this melody becomes one of destruction. In that situation, the move deals damage to enemies, while simultaneously increasing allies’ critical hit buffs and reducing cool time on their abilities.

Number two is Sherbet Cookie, a Super Epic Ranged Cookie. An illness almost made him disappear, but the Cotton Candy has allowed him to come back in spirit form. The Cookie’s skills are capable of summoning 15 frost shards that attack opponents, inflicting them with lasting frost effects, debuffs, and a lot of damage. 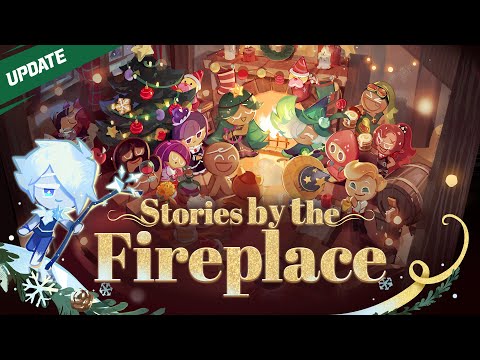 The Tower of Sweet Chaos has been expanded to 250 Trays with this update. Sections have been refreshed to contain 50-Trays each, where players will be able to clear all levels until those just below their level from the previous season. The new breakthrough system will also improve the Tower’s resetting functionality. Expect to see the Tower get all decked up for Christmas.

Additionally, players can participate in the Sugar Gnomes’ Holiday Cake Shop event, which has been created specifically to commemorate the holidays. Players will be able to create Christmas cakes based on each Cookie’s orders. Their satisfaction levels will, in turn, earn players' event currency. Be sure to check out the new Chance Up feature as well, which improves the probability of receiving wanted treasures by creating a wishlist of sorts.

Next Up :
Talking Tom Time Rush is Outfit7's endless runner that's out now on iOS and Android