Since its release in January 2021, Cookie Run Kingdom has become incredibly successful, racking up over 10 million downloads on Google Play alone. Part of its continued popularity is thanks to developer Devsisters providing regular updates to keep fans coming back.

Today, the team has announced that another cookie will be added to the ever-growing roster. Joining the squad of sweet treats, we have Caramel Arrow Cookie, an Epic rarity character who takes on a Ranged role at the Front of the pack. You can check out some gameplay featuring Caramel Arrow Cookie and get a sense of her character in the video below.

Devsisters has also confirmed who will voice the character across the different languages Cookie Run Kingdom offers. Dani Chambers, Rina Park, and Sumire Uesaka will lend their talents to the English, Korean, and Japanese lines, respectively. Players will be able to get their hands on Caramel Arrow Cookie following the March 25th update. 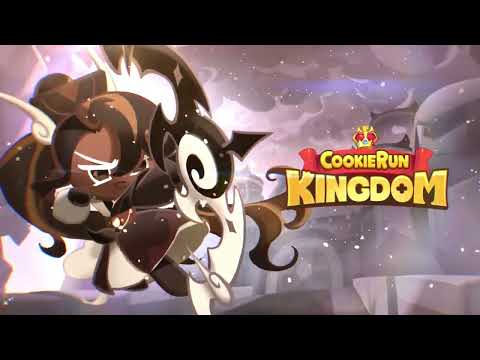 Caramel Arrow Cookie started life as the First Watcher of Dark Cacao Kingdom before being banished. Nevertheless, she continued to look over the citizens from afar, proving she is loyal to her people and boasts unmatched determination to fight for what she believes in.

Alongside a new unit, the impending update will also add Episode 14 to Cookie Run Kingdom. Plenty for players to look forward to then. If you're somehow unfamiliar with Cookie Run Kingdom at this point, it's an RPG where players assemble a team of sweet treats before leading them into battle. Outside of that, they can customise the titular kingdom with various decorations, parks, wood shops, and jelly factories.

Cookie Run Kingdom is available now on the App Store and Google Play. It is a free-to-play game with in-app purchases.

Looking for more RPGs you can enjoy on your phone? Check out our list of some of the best available for iOS
Next Up :
LifeAfter celebrates third anniversary with special live stream and goodie giveaways in real life