Clash of Clans is currently celebrating its tenth anniversary. That's right. The successful strategy game has been in our pockets for a decade now, and its popularity shows no signs of slowing down. In that time, players have demolished over 170 billion town halls, one trillion barbarians have charged into battle, and Town Halls have benefited from over three billion upgrades.

Those are huge numbers and go some way to showing how successful Clash of Clash is. Its fame extends far beyond the game itself, though. It cemented itself in popular culture with an advert that aired during the Super Bowl in 2015, making it recognisable to anyone, even those with little interest in gaming.

It's been a good ten years for the team at Supercell then, and we recently had a chance to chat with the team about Clash of Clans over the past decade. We spoke with community manager Marika Appel, game lead Stuart McGaw and game artist Arto Tervo.

Was Clash of Clans' success something you anticipated? And did you ever think it would become its universe with spin-off games, Super Bowl commercials and other merchandise?

Marika: I don't think any of us could have ever imagined anything like this. But I do remember the excitement, this tingling feeling when we went to beta and global launch. And moments, like when I saw the first YouTube video made of our game. But yeah, none of us could ever have guessed what a beautiful and amazing game this would be and where we are after ten years.

With the game's unexpected success, were you caught by surprise during either the soft or global launch?

Marika: We were in soft launch for two months. So, soft launch in Canada at the time was a common thing to do. Maybe the server programmers would be the right people to say if we were caught by surprise by the number of players that started coming in. Maybe there were a few too many. But we managed it. The server guys are amazing.

Ten years is a long time in mobile gaming for a live service title. What do you think sets Clash of Clans apart from other games that have come and gone in that time that has allowed it to stay relevant?

Stuart: I think, for me, the build and battle genre is one where players want new things to do. They want to upgrade and get new things to play with and use in their attacks. As developers, we want to be giving people new things to try out. So I think those interests are very well aligned and it lends itself to a game you can meaningfully update and extend over a long period of time.

I think we've also been quite good on the Clash of Clans team at thinking about all kinds of players and not getting too focused on endgame, competitive players, which means we take a broader view and make sure we're taking care of everybody.

So it keeps all sorts of players because there are so many diverse kinds of playstyle and players looking for different things from the game. Even on the team, we have this balance of different styles. So all those player viewpoints that we think about are represented. 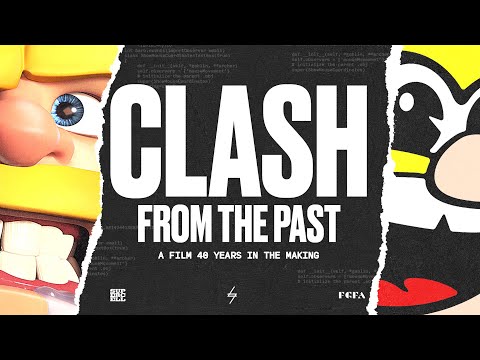 Over the last decade, what do you think is the biggest change you have made to the game?

Marika: Clan Wars. When we made Clan Wars in 2014, two years after the global launch. So before, one player could attack another player's base. But, in Clan Wars, you and your clanmates go into war together and attack the opponent's base. So it brought this social element into our game. I think a huge part of why we have such an amazing community is because of these social elements and social gameplay. Arto: Yeah, I think that's one of the things we put a lot of effort in – to have a better social experience. Clan Wars was the one that started it, so that's probably the main thing that's happened since the launch. It was a big game changer.

Stuart: People are coming back to play Clash that maybe stopped years and years ago and then they come back. So we added a fun experience for players who come back. Like they come back, and one of the villagers has decided to take over in their absence. So now you have to fight against your base to win it back. I think that's a fun way to do it, and it's been a really nice experience for people coming back. It's a fun little moment for them rather than being presented with a whole bunch of pop-ups for things they don't know about.

A lot of developers we speak to talk about the importance of including the community when making changes to games. Is this something you do at Supercell? And if so, how important do you think listening and working with your community is?

Marika: So we definitely work very closely together with a few different types of players. What we want to do is get their feedback about stuff we are thinking about, working on or prototyping. Content creators are an amazing source of feedback for us because they have multiple different languages and playstyles. They are very in tune with their own community and they can bring those perspectives to us. This is amazing for us.

And do you think the game would be in a worse off position without this feedback?

Marika: One hundred per cent! Maybe I'm biased because I'm the community manager.

Stuart: It's super valuable on the development side to have that feedback. To get these people who know and are passionate about the game to have a look at things you've been doing and come at it from a different view. We know how this is meant to work. We know why it's there. And then sometimes we give it to an outside view, and they're like 'why?'. And we're like 'yeah, good question'. It's very helpful.

Can you think of any examples of changes in-game that have come about entirely through community feedback?

Stuart: Every update we try and include as many quality of life tweaks as possible. So many of those come from comments on Reddit. There are just these little things that annoy people, and we'll often see one of those and think, yeah I can take care of that. It's something we try in every update, to get as many of those things fixed as possible.

Mobile phones have become much more powerful in the last ten years. Has this allowed you to add anything to the game that wouldn't have been possible in 2012?

Arto: I can give an art perspective on this. It's enabled us to do stuff that looks better. It works better in an aesthetic way. And it also enabled us to add more content to the game, which we didn't have ten years ago. We had to be conservative, but now we have more room to explore and create new exciting things for the players. Stuart: We switched some elements to real-time 3D, like heroes and pets. They've got some cool animations on them that was hard to do before real-time 3D. 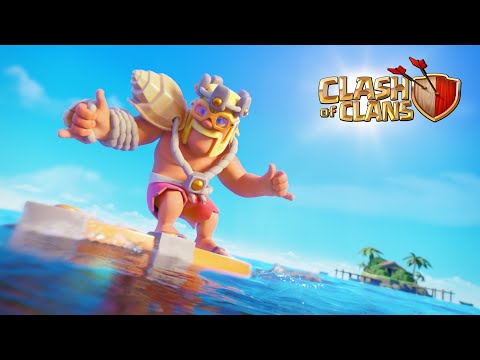 What are the biggest challenges the game has faced over the last ten years?

Stuart: Maybe one thing that's been an ongoing challenge is the trade-off between the accessibility and approachability of the game to start and then also trying to extend the game and add more content, more options and depth. So it's always been a bit of a balancing act for us to find things where we can tweak this, so it makes something simpler and gives us room to add more complexity in another place. That's something we're always bearing in mind, so the game doesn't require a PHD to play.

How would you say the Clash of Clans community has changed over the years? For example, it's gone from being an unknown franchise to fans making fan art.

Marika: I think it's grown and become more versatile. There are many types of things the community is doing. Like you said, we've gotten fan art. We have people who make websites and tools for players, which will help them play better or manage their clan. We have content creators like YouTubers and people who organise tournaments for the community. So doing things for other players, I think that variety has grown over the years.

We've spoken a lot about Clash of Clans' past, but what can players expect from the game in the future?

Stuart: We've got the 10th-anniversary stuff where there are tonnes of really fun stuff in-game. We've got this cool campaign where we're going year by year through all the stuff that was new back then. That's been fun for players.

Next month we have our first live in-person esports event for a while, which will be really exciting to have. To see the players over in Helsinki and have Clash fans meet up for the first time in a while, that'll be cool. It's also a co-event with our friends in the Clash Royale team, so it's nice to get the Clash family under one roof.

We have a big update in the autumn after that. So it's a pretty packed near future. Our roadmap is always full of stuff. I wish I could play the game in a year without having that awkward bit in the middle where I have to make it.

Marika: And also one thing. Clan Capital. A totally new layer of social play. In normal Clash of Clans, you build your village. But in Clan Capital, the entire clan builds it together. Then every weekend, they go to raid against other Clan capitals.

The feature has been live for about four months. So, these are the early steps. It's a baby. And I cannot wait to see where we take that and where our players take it. That is something I am really looking forward to.

Since Clash of Clans is a social game and has been around for a while, have you ever heard stories about friendships and relationships forming in real life because of it?

Marika: Yes, indeed we have. Because it is a social game, you play together with your clan mates, and many friendships have been formed. I've heard of a couple of marriages, even Clash babies. And whenever I meet players, one of the first things they tell me is that they've played Clash of Clans for eight, nine, or ten years and they still log in every day and play because of the friends they've made.

Clash of Clans is available now for iOS and Android, you can download it by clicking one of the links below.