It's hard not to love the feline friends in Cats&Soup when they're as adorable as they are. Players can provide them with hats, clothes, and accessories to prettify their already pretty features; plus, each cat has such a distinct appearance that it'll appeal to cat aficionados everywhere.

Raise your Norwegian forest cat, Birman, Himalayan, Maine Coon, Siberian, or British Shorthair and take photos of them to add to your collection. You can also play a mini-game to catch fish that you can feed to your beloved pets, all while listening to the delightful sounds of the soup-making game. 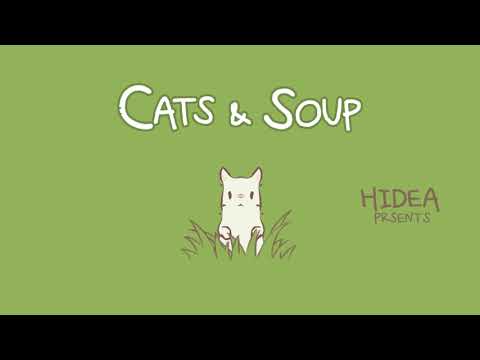 Speaking of soup, your cats will be cooking and brewing delectable broths, and you'll be able to collect resources even when you're logged out of the game. It's a tycoon title without the dedicated pressure, so if you're eager to give it a go, you can download the game on the Google Play Store for Android devices or on the iOS App Store. It's a free-to-play game with in-app purchases.

You can also check out the trailer for Cats&Soup embedded above to get a feel of the game's meditative nature. It does seem a little odd why these random cats would be making soup in the middle of the forest, but when the art is this cute and the music this lovely, it really doesn't matter.

Are you on the hunt for more games on your mobile phone where you won't need to make too much of an effort? Why not take a gander at our list of the top 15 best idle games on Android?