Call of Duty Mobile’s World Championship tournament is back for another enthralling season of high-level, fast-paced combat between some of the world's best players. The mobile version of the hit franchise is hosting yet another championship for all its eager fans this year. 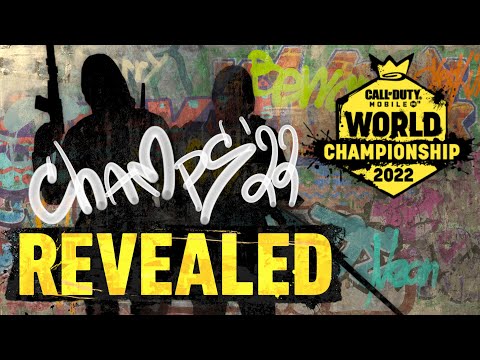 With a massive prize pool and lots of goodies waiting, veterans of Call of Duty Mobile do not want to miss out on this opportunity. It is going to be an absolutely massive event for all eligible players. And you don’t have to be a legend to sign up for this. Everyone can try out and there are lots of in-game rewards for participating as well.

The Call of Duty Mobile World Championship 2022 will be held globally and, like its predecessor, will feature over $2 million in prize money, with a whopping $1.7 million being reserved for winners of the World Championship Finals. This will mark the largest payout ever in Call of Duty Mobile history. Besides the winners taking home a share of the prize pool, everyone taking part in the tournament also stands a chance to earn in-game rewards, new weapons, operators, and a whole lot more.

The event kicks off on March 31st and is divided into five stages, lasting all the way up to December. Activision has taken into account the different skill levels players may have and the first two stages are perfect for that. Stage one features solo matches while stage two will focus on team play. The real action begins in June and July with the regional qualifiers, followed by the penultimate playoffs stage in August, and the grand showdown in December. The image above has all the dates for the respective stages.

If the World Championship 2022 has piqued your interest, then download Call of Duty Mobile for free on the App Store and Google Play.

Also, check out the top multiplayer games to play on mobile!
Next Up :
Pokemon Unite's latest update adds the Alloy Pokemon Duraludon to the roster

Call of Duty Mobile Season 7: New Vision City launches soon with an epic collaboration with Ghost in the Shell: SAC_2045