Zombie Mode is back as Undead Seige

Developer TiMi Studios removed Zombie Mode from COD mobile at the start of 2020. Since then, players have been waiting patiently for the mode to come back. It took some time, but finally, COD Mobile Zombie Mode is making a return.

Gear up for a new zombie experience that is coming to Call of Duty Mobile in the form of Undead Siege. If you are already on the edge of your seat, don't worry; we have all the details you need to know about this upcoming mode.

Why was Zombie Mode removed from Call of Duty: Mobile?

Zombie mode was removed from COD Mobile in March 2020, just a couple of weeks after it was introduced to the game. Publisher and IP-holder Activision stated that the mode did not meet their expectation, and it failed to deliver. At the time of removal, they confirmed that they would re-work on zombie mode and bring it back to the game someday.

In this mode, players will take on waves of zombies on the current battle map. The objective, as always, is to survive an outbreak of Zombies for a period of five nights.

While you can take your pre-set loadout in the match, you will also have to collect supplies and pieces of equipment available around the surroundings to build your base and prepare it to withstand the zombies' attacks.

Activision has already published a teaser for the comeback of Zombie mode, which you can have a look at below.

Furthermore, a teaser trailer of the Undead Seige mode has also been leaked, which shows some glimpse of the gameplay, and it's looking pretty good already. 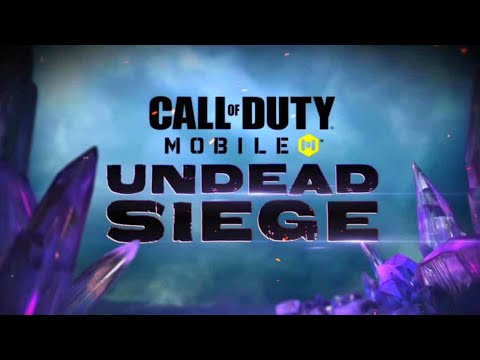 The developers have also confirmed that players will get as many as 25 rewards for playing this mode and completing specific objectives and tasks during the fight for survival against the zombies. These rewards will include gun skis, weapons, characters, and much more.

Activision is still in the phase of teasing the mode by slowly rolling out the teasers, trailer, and posters of the upcoming mode, so we will have to wait for a couple of days for the official release date of the Undead Siege Mode to be announced.

But all the trailers and teasers clearly hint that the COD Mobile Undead Siege Mode will release in the upcoming Season 6 of the game.

Looking for free gun skins in COD Mobile? Check out our Call of Duty Mobile Redeem codes article!
Next Up :
Overboard! lets you blame someone else for a murder you committed, out now on Android