Call of Duty Mobile's next season will get underway on October 21st. It's called Season 9: Nightmare and marks the return Undead Siege, a Battle Royale map that's home to plenty of easter eggs, new lore, and zombie hordes to gun down.

If you played Undead Siege when it was previously available, you will notice a few differences this time around. For example, more zombies will appear in casual mode, and they will now dynamically spawn to keep players on their toes. There are also a bunch of new daytime missions to tackle.

But that's not all players can look forward to in Season 9. Billy the Puppet from the Saw franchise will also make an appearance in a new draw. As always, there is a new Battle Pass with 50 tiers of rewards to earn throughout the season. Some of the unlocks include characters like Nikto – Scarecrow and Artery – Nosferatu, the Swordfish weapon, a new Scorestreak, Weapon Blueprints, Calling Cards and more. 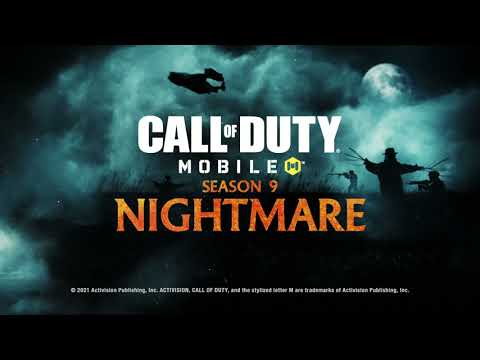 Meanwhile, players can also participate in a themed event called Trick or Treat. It sees them either tricking or treating friends and NPCs. The former means the players will have to beat a task to earn event XP while a treat sees them receiving it straight away. It can then be exchanged for various theme-specific rewards.

Sticking with the spooky theme, Halloween Standoff returns to the map rotation, while Modern Warfare's Hovec Sawmill makes its Call of Duty Mobile debut. There's also a new game mode called Drop Zone. It sees teams battling for control over a specific drop zone that will switch throughout the match.

Call of Duty Mobile is available now over on the App Store and Google Play. It is a free-to-play game with in-app purchases.

Looking for more shooters to play on your phone? Here are some of the best available for iPhone and iPad
Next Up :
Ninja Must Die is an upcoming combat-focused action runner with stylish ink-based visuals, now open for pre-registration