Activision has released an update for Call of Duty Mobile, the first of 2021, bringing with it new maps, modes, a new operator and battle pass, as well as bug fixes and other improvements. The update is now available to download on iOS and Android.

As soon as you update and open the game, the operator Charly will now be available to use in all game modes. Charly was originally a character appearing in Modern Warfare (2019), and isn’t tied to any rewards or exclusivity window.

A new battle pass is also available for Call of Duty Mobile, which includes exclusive unlocks such as the AS VAL – Judgement blueprint, the Mace – Back For More operator skin and new Legendary Calling Cards. There are also some free battle pass rewards like the AS VAL assault rifle and Napalm scorestreak.

The two new maps are Shoot House and Shipment. Shoot House, originally appearing in Modern Warfare (2019), is a medium-sized map set in a military training ground and features plenty of close quarters combat as well as longer-range scoping down the middle section of the map.

Shipment, on the other hand, is a tiny map that has appeared in many previous Call of Duty games and originating way back in Call of Duty 4: Modern Warfare from 2007. It’s a small map featuring many shipping containers, with plenty of opportunities for close-quarters combat and much chaos. 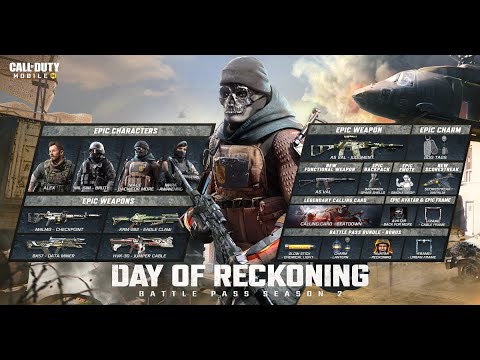 New modes have also been introduced too, such as Tank Battle for the battle royale portion of the game and a sniper variant of Gunfight.

You can see the full patch notes here. Download Call of Duty Mobile now from the iOS App Store and the Google Play for Android store, where it is a free to play game with in-app purchases.

Read about more of our favourite mobile shooters here.
Next Up :
Otter Ocean - Treasure Hunt is now available for iOS and Android