When you have a lot of gear to choose from, guides like these are a lifesaver. You don't have to go through each piece of equipment to test it, we made a list of the Best guns loadout in CoD Mobile!

With an eSports tournament and competition fiercer than ever, there’s never been a better time to jump into Call of Duty: Mobile. There are seasons that feature new operators to play as and maps to take down your enemies in, and the most recent one has new Scorestreaks and weapons unlocked in the free tier of the Battle Pass. Season 2 recently launched, and with it came the insanely fast AS VAL assault rifle.

While it’s more about the skill of the player and not necessarily the gear, it can certainly help to have a leg up on your opponents in Call of Duty Mobile. If you’re looking to raise your rank quickly and beat anyone who stands in your way, it’s good to have the best guns in CoD Mobile for the job, as well as the rest of the equipment.

As you play through the game’s tutorial lessons, they will provide you with a set loadout for the duration of the guided mission. Once you get the tutorial out of the way, you’ll be able to equip your first primary, the M4 assault rifle, through the Multiplayer Loadout menu found on the main screen. You’re not going to begin the game with an assortment of scopes, grenades, or even secondary weapons, you’ll need to earn those by playing the game.

At certain levels, as you level up, you’ll unlock weapons and additional perks. Make sure you go back and equip what you’ve earned, as most players you’re fighting against will have already done so.

Since you have to wait until level 2 before you even get the basic frag grenade, it’s a good idea to get a feel for the primary weapon and use plenty of cover to ensure you catch your foes unexpectedly.

Beyond having the best guns loadout in CoD Mobile, it’s good to know which ones work well together. Setting up your loadout will be determined by how you prefer to play, whether it’s using a sniper rifle to pick players off from a distance or going heavy as you run straight at them, letting bullets fly. The following is a list of the top five best guns for ranked multiplayer matches by rank, as of Season 2, and you can use this list to judge how you should focus your loadout to best accommodate your playstyle.
Click Here To View The List » 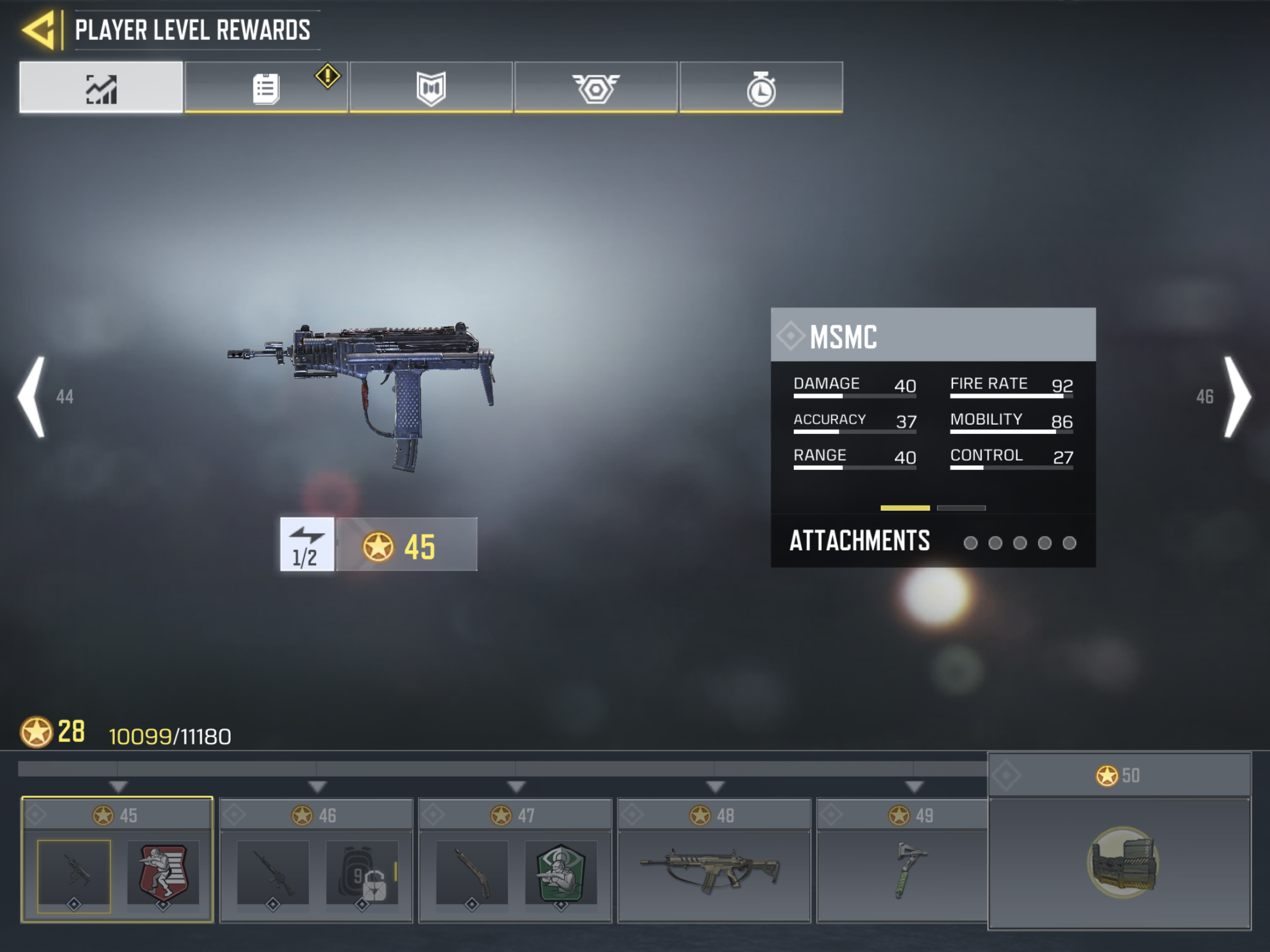 You are going to love this gun. With its fast firing rate and mobility, you’ll be able to quickly dispatch enemies at a close range. While it doesn’t offer much for accuracy or range, it will more than provide the speed you need to win firefights against foes, and allow you to speed through a map without much issue. 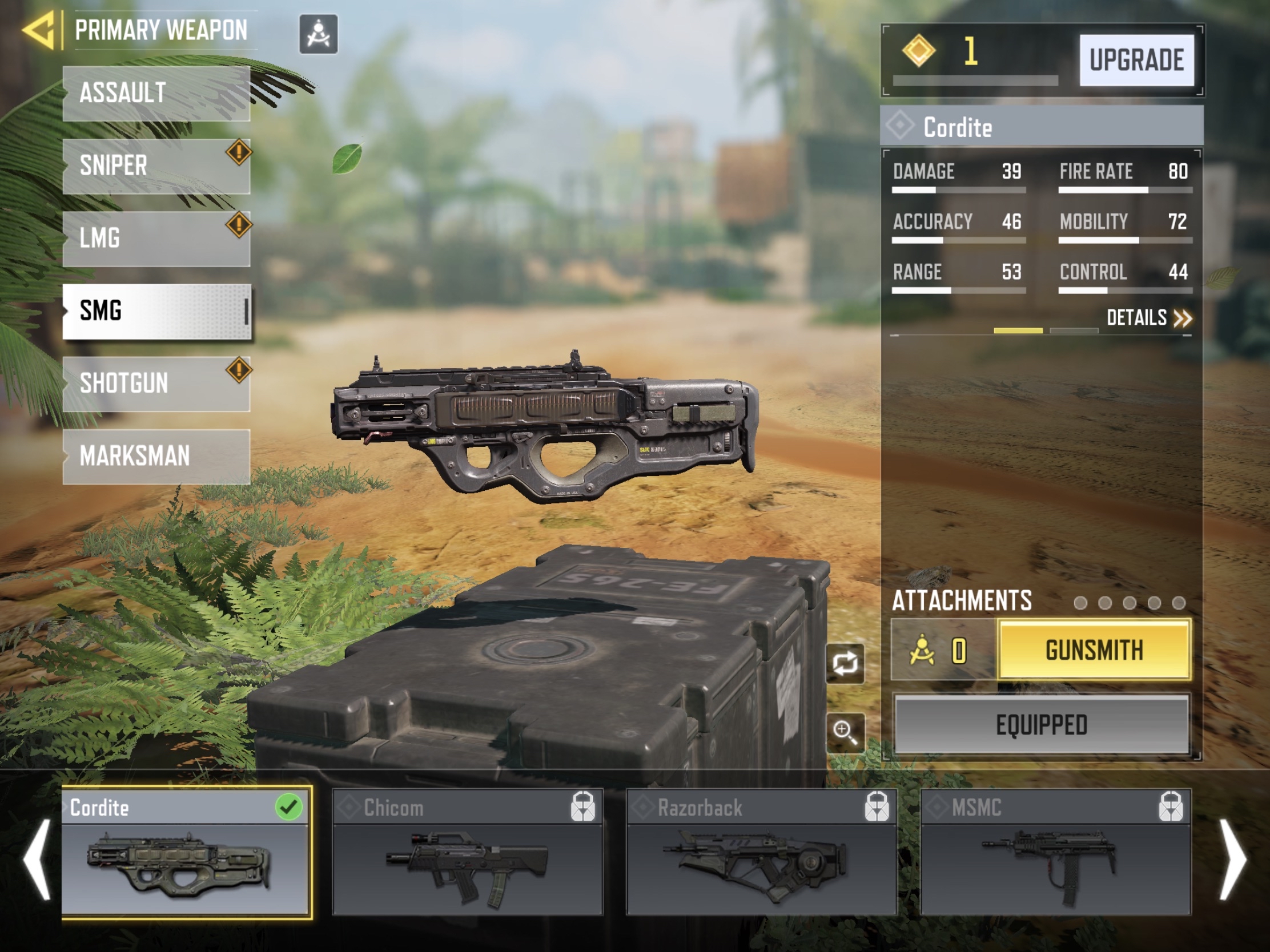 This all-around SMG can handle any situations. Both a great gun for long distances and close combat, the recoil on this gun is relatively easy to manage, but be sure to spend some time upgrading it. Once you perfect its handling patterns, you’ll be a force to be reckoned with. 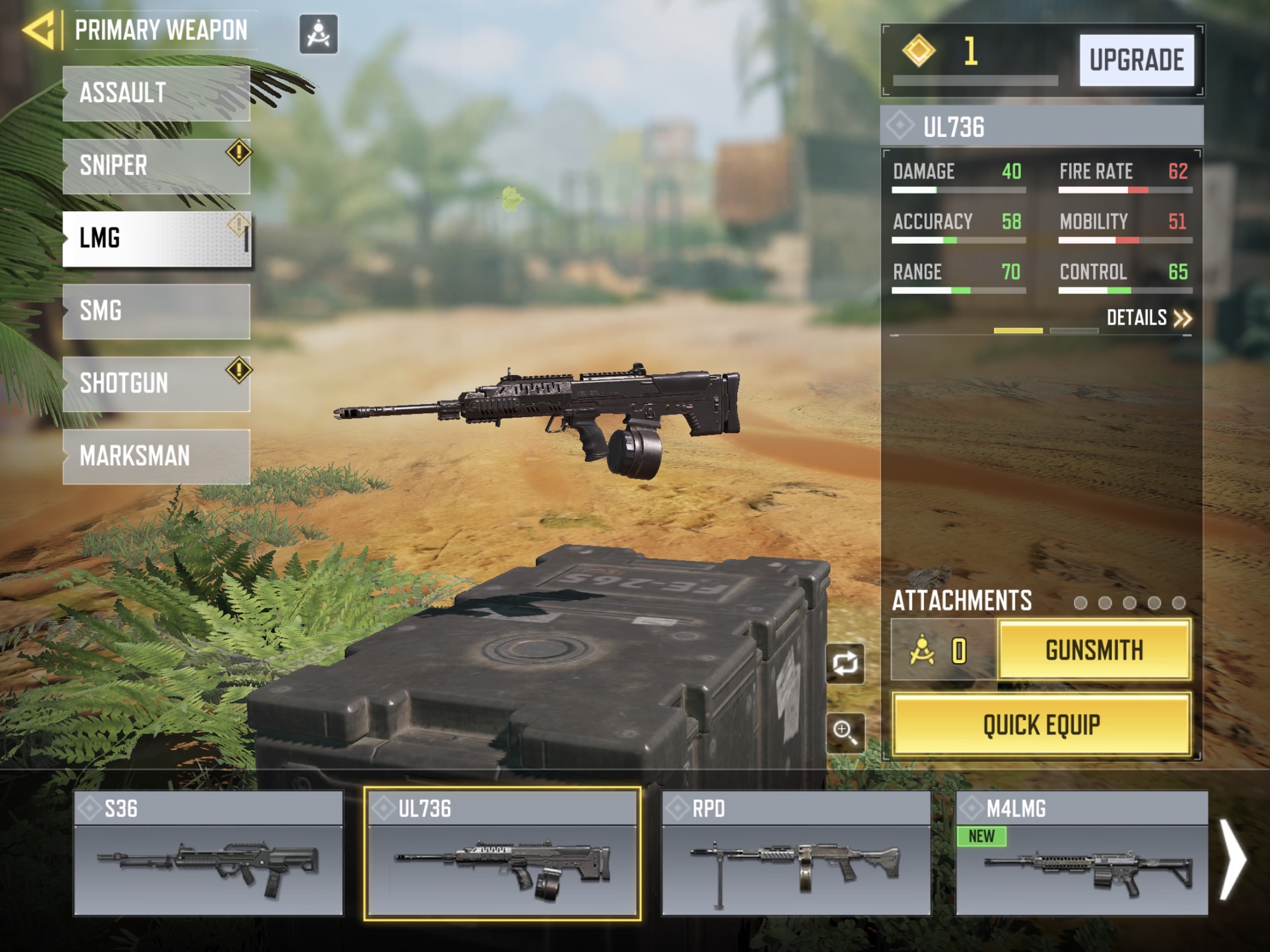 If you are looking to put the hurt on foes from a decent distance away, look no further than the strongest Light Machine Gun out there, the UL 736. You’ll get decent damage output and while it’s a bit harder to lug around than say the AK-47, it more than makes up for it once you level it up a bit. 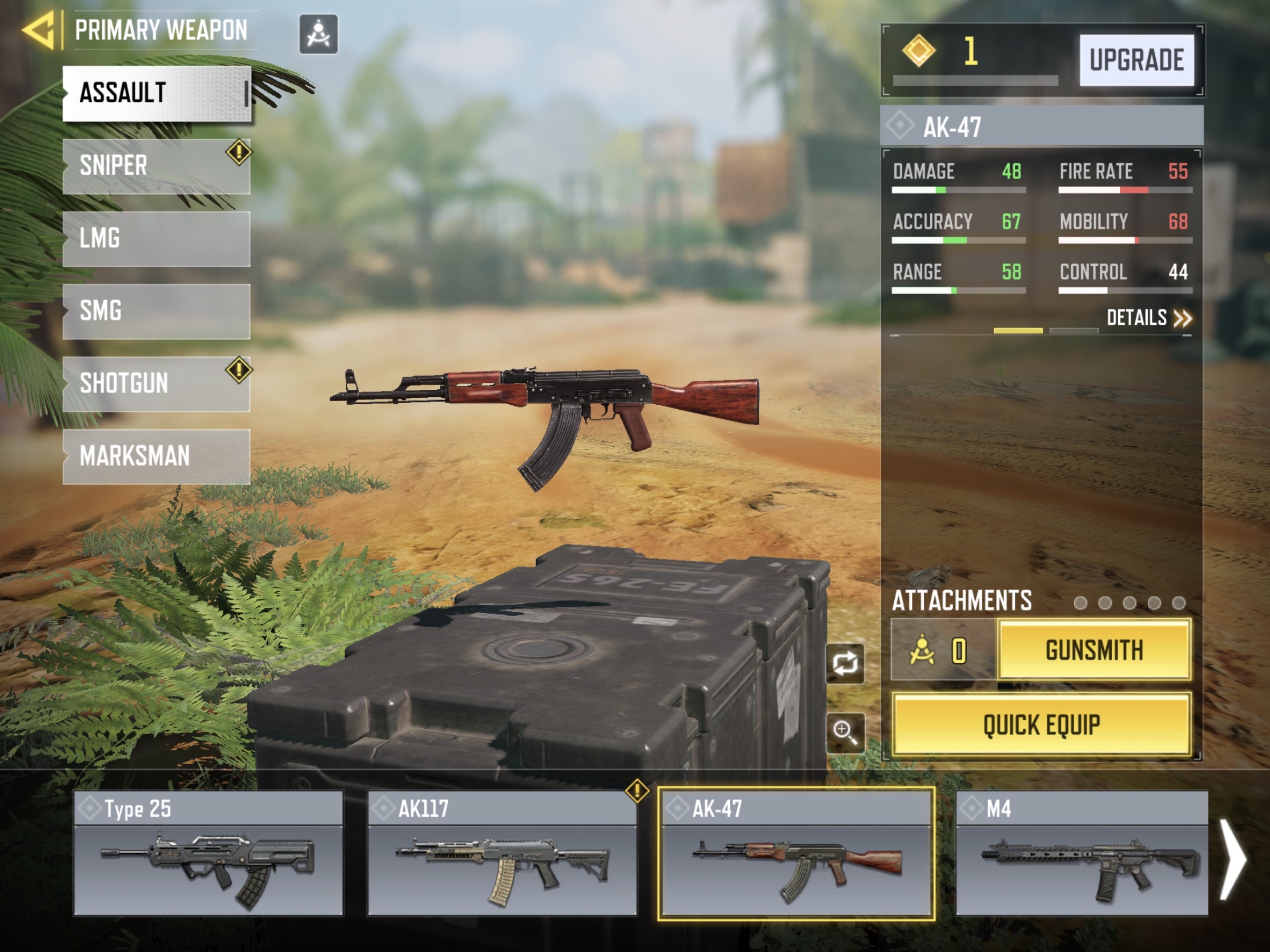 While it’s a relatively late unlock, sitting at level 23, this staple of the series packs a wallop. It’s a bit unwieldy with a lot of recoil, but if you focus on firing burst shots with this gun, you’ll quickly start racking up kills. Perfect for close-range but not much else, it’s a great gun if you’re willing to put the practice in to keep you winning matches. 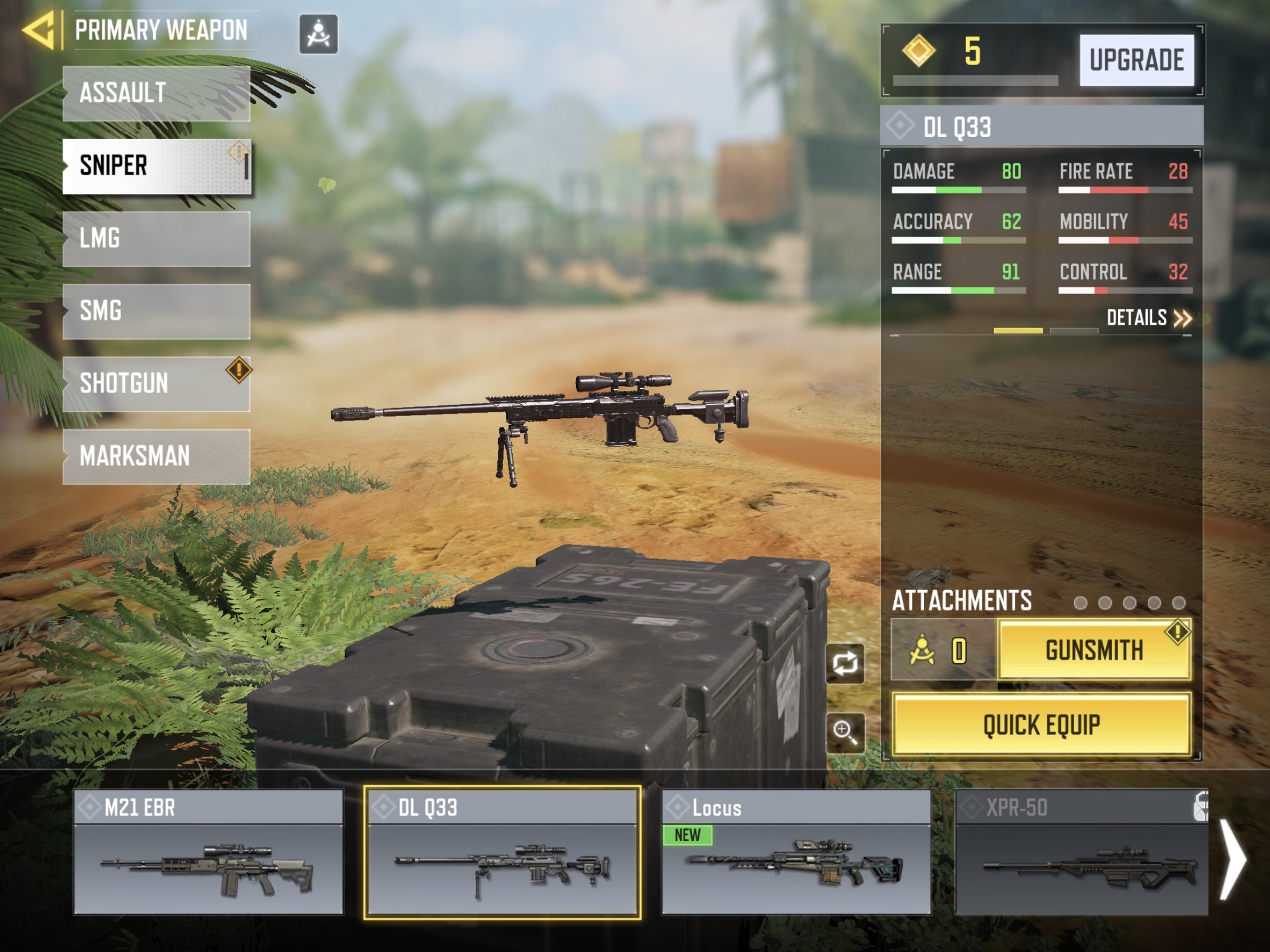 There’s no mistaking the efficient job this classic weapon accomplishes, allowing precise shooting at the cost of a slow fire rate. If you practice enough to land each shot, you’ll be able to execute one-hit kills with this behemoth, which will help you quickly execute your streaks. This gun can also be used at close range if you get yourself into a tough situation, without having to rely on your scope.

While these are the best guns in Cod Mobile and can certainly help you win, it’ll take a bunch of practice and learning how the guns work to ensure victory. Plan your loadouts around these primary weapons, and you’ll have the equipment necessary to do well.

Obviously, these are just our opinion of the best weapons available. We’d love to know what you think the best guns are in the comments!