After the Cherry Blossom Festival Commotion storyline a few weeks ago, Blue Archive is set to launch another update that expands the much anticipated main story. Chapter 1 – Retromania, of Volume 2 – Clockwork Flower Pavane continues with a new explorable area – the Game Development Department of the Millennium Science School. This update also introduces the twin sisters – Midori and Momoi, alongside loads of fresh content.

This twin duo can attack up to five enemies simultaneously with either Midori’s lethal EX Skill or a surprise fan attack that Momoi unleashes. Playing both of them together will only enhance their abilities to extreme levels, making them a formidable pair. It also buffs their Ex Skills and Sub Skills, creating a powerful synergic effect.

With the new storyline expansion, all other missions, areas, and reward campaigns are also active. Completing Daily Quests in the Game Development Department mission event will provide players with Skill Growth Materials, Artifacts, Enhancement Stones, Video Game Magazines, and much more. To increase their combat power to even greater heights, players can now also explore Area 13 and find T5 equipment. 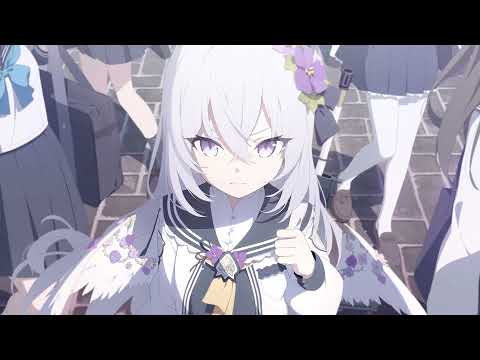 A new raid boss has also been added to Total Assault. Called Chesed, this new fearsome foe brings with him deadly drones and a destructing automaton. Beat him to gain a lot of rewards. Bounty and Commissions also sees a new addition in the form of the Double Drop Campaign. The new quest will award all those who complete it with Activity Reports, Credits, and the resources needed to level up skills and equipment.

As a celebration of the new story update, Nexon is also giving out 1,200 Pyroxenes and 80 AP to players as a login bonus. Launch Blue Archive anytime between now and December 21st to receive these goodies. If you'd like to claim more, use some of our Blue Archive coupon codes.

Build on to the story of these adventurous school girls by downloading Blue Archive for free on the App Store and Google Play.

Also, check out the top RPGs to play on mobile!
Next Up :
Dino Clash: Tribal War lets you battle both cavemen and gigantic dinosaurs, coming to mobile in 2022

Blue Archive, the highly anticipated anime RPG with over one million pre-registrations, has launched on Android and iOS