Blue Archive has officially launched the much-anticipated Hot Springs Resort No. 227 Daily Log event that was previously open for pre-registration. During this event, players will be managing a hot springs resort alongside their students and unlocking plenty of new cosmetics and items. Pre-registrants will also receive some pretty nice rewards that will allow you to further progress your chosen squad.

The real stars of the show, however, are the three brand new students coming to the game; Cherino, Chinatsu, and Tomoe. Cherino holds a massive weapon called the Purginator No. 1 that deals additional damage to enemies for every three normal attacks. Chinatsu, on the other hand, helps out their allies by increasing their attack speeds. Finally, Tomoe, another support character, increases the crit, crit damage, and movement speed of allies within range of this ability while also decreasing the normal attack range of opponents. Two of these new characters will be acquirable through the usual gacha method but Tomoe can be earned by collecting Elephs, the event currency, which can be gotten simply by clearing the first episode of the event. 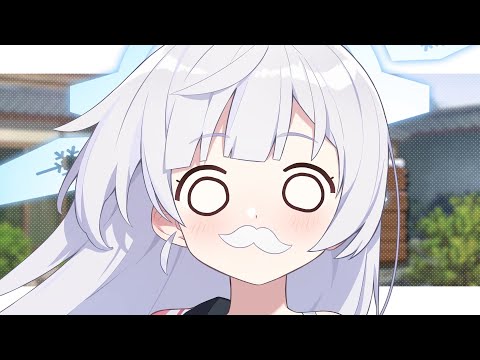 Alongside these three new additions to the already massive roster, this update also comes with 20 types of themed furniture for your dorm, such as the Traditional Tile Lattice Wall and Cypress Healing Set Bathtub. Participating in the Hot Springs management will also grant currency, including Eleph and Eligma as well as artifacts for Tomoe to level up her abilities. And, of course, pre-registrants for the event will get an extra 1,200 Pyroxene, the game's premium currency.

Needless to say, this event is certainly worth your time if you play Blue Archive at all with all these free handouts and new characters. And that’s only the highlights! If you’d like more information, you can check out the official Blue Archive website, and if you’re looking to get involved with Blue Archive yourself, you can simply check out the links below to download it and get started!

Love testing out your luck on those new character banners? Why not take a peek at our Top 25 best gacha games for Android?!
Next Up :
Racing Master launches third beta test for Android devices for Canadian gamers