Bloody Bastards: Tips to help you bash some heads

Bloody Bastards is a ragdoll-style fighting game that takes you back to medieval times as you fight several foes in one-on-one duels. With it being a ragdoll game like Ragdoll Kung-Fu, expect the combat to be hilarious. You can use several weapons for your fights.

Among other things, that includes giant candy canes and even a whole Christmas tree thanks to the game's holiday update. The goal is simple. Take control and beat your opponents to a bloody pulp. In single-player, you'll go through a series of opponents. You can earn up to three stars per fight which lets you unlock new things.

There's also a multiplayer mode where you'll take on players from around the world. This helps keep the game experience fresh. But whichever mode you decide to play the most, you'll always get a good kick out of it and some satisfaction. Here are a few tips to prepare you for battle. 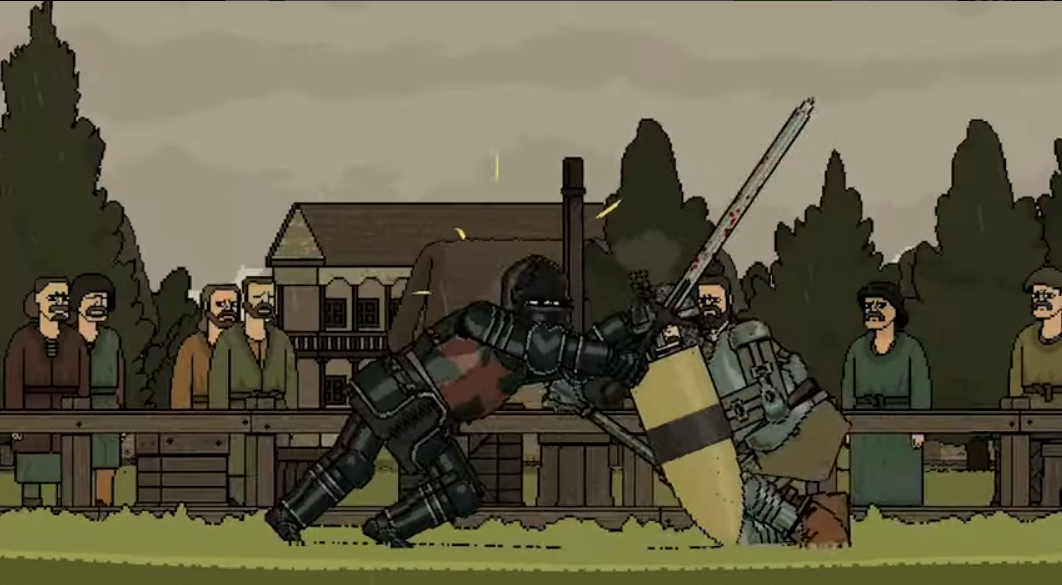 So this kind of depends on the game mode you're playing but in single-player, a good strategy is simply to come out swinging and attack your opponents with fury. Just remember that it's ragdoll fighting so you'll need to take full control of your weapon swings.

Once you get the hang of the controls, it's time to unleash the power of your weapon. Start bashing on that head and you'll be putting your opponent in the dirt in no time. This style of play of fitting for what the game tries to depict as barbarian-like warriors duke it out.

The faster you knock your foe out and the less damage you take, the more stars you'll earn. So feel free to go crazy out there with those blows. You'll need to be a bit more careful online but in single-player, go out there and own those dudes and gals.

This is one thing newer players might overlook. Bloody Bastards kind of just drops you into its world so you'll need to figure out most things yourself. If you head into your inventory you should have a shield that you can equip for battle.

This can come in handy in both single-player and multiplayer. Sometimes, a good defense can lead to offense and that can apply here too. Getting yourself used to utilizing both your weapon and shield can give you a nice boost.

It's really that simple though. There are no sophisticated controls or anything to worry about. That's one reason why BB is such a solid game. It's easy to pick up and understand from the jump. Just keep in mind, you can only use a smaller sword when a shield is equipped. There are bigger swords you can unlock but might not be able to use a shield with it. That said, you can bash opponents with the shield too if you want.

Use Single-Player as Practice

If you're thirsty for some online competition, then feel free to dive right in. However, if you do want to practice your skills a bit, then definitely consider hopping into single-player again. There is no dedicated training mode in Bloody Bastards, so this is the next best thing.

If you don't want to advance further in the campaign, then you can go back to previously defeated opponents, even if you collected three stars. This is a good, fun way to perfect your craft. So, when you're ready to fight other bastards from around the world, you'll be prepared.

0/3
Next Up :
Sunshine Days: A few tips to keep in mind in this wholesome game