The much anticipated tactical shooter based on the popular FPS franchise of the same name, Battlefield Mobile, has announced a new alpha testing phase for specific regions that is planned to begin soon. While it has hosted a few alphas before, this one will feature new content such as two new maps, game modes, and guns as well as being opened up to new regions as well.

To begin with, the two new maps introduced in this specific testing phase will be Halley, a familiar map to any players of the Battlefield series, as well as a never-before-seen one called Antelope that has been made from the ground up for the mobile version of the game. 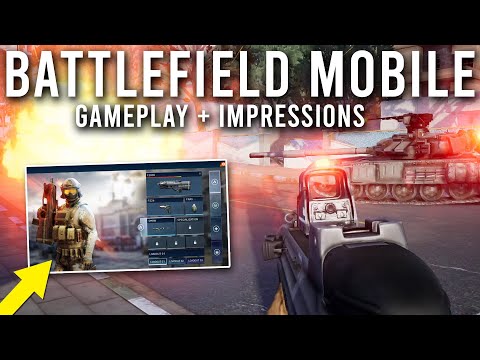 The guns on the other hand are plentiful this time around. We’ve got the G3A3, an assault rifle, the AK74u, an SMG, the M4, another rifle, and the G36, another assault rifle. That’s not all though, as this test will also include the SKS, the M249, the SAW, and the M1911 pistol. So, plenty of new ways to blast your opponents away that range from basic rifles to massive machine guns as well.

Then, of course, there are the new game modes. While this one is a little less official since none have been revealed yet, a few Twitter accounts have leaked that the most popular game mode that the series is known for, Rush, is all but confirmed to be coming to the mobile edition as well.

With all of this new content being introduced to this alpha testing phase, as well as it opening up to some new regions, it’s prime time to get into Battlefield Mobile. If you live in Mexico, Columbia, Egypt, or Iraq, you can pre-register for the upcoming test on Google Play.

Are you a fan of shooters? Check out our Top 15 best shooters for iOS!
Next Up :
LoL: Wild Rift's v3.2 update features a new champion, events, a new Wild Pass, and more

Battlefield Mobile release date and the rest you need to know

How to pre-register for Battlefield Mobile