Svoboda 1945: Liberation takes you through the reality of World War II in a gripping narrative adventure, out now on iOS

A riveting look into the horrors and the humanity of World War II, Svoboda 1945: Liberation lets you uncover truths about your own past and about history - and it's out now on iOS. Charles Games' new narrative adventure features point-and-click adventure gameplay combined with full-motion video interviews to shed some light into the traumas during this dark period in history.

Svoboda 1945: Liberation talks about the rise of communism and doesn't shy away from the nationalistic injustices caused by Nazism. The game also focuses on the player's personal stakes in the story, as you discover more about your own grandfather and his involvement in the war. It also boasts historically accurate memories of those who experienced the aftermath of the war.

“Svoboda 1945: shows unique stories from an under-explored chapter of European history. We believe that games are a great medium for telling stories and have the power to tackle serious issues such as the rise of dictatorship, or historical reconciliation,” says lead designer Vit Sisler. 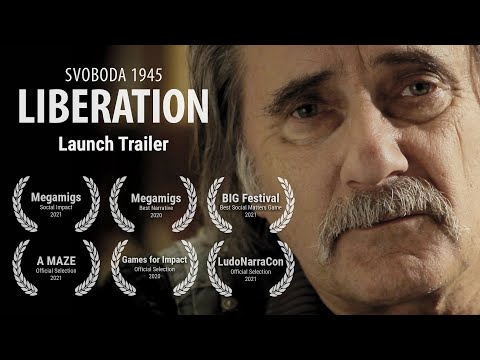 “In some ways, it’s even more explicit than Attentat 1942. It depicts the death marches or the expulsion of German-speaking citizens after the war, and accounts of xenophobic hatred," says the studio’s director Lukáš Kolek.

"With Attentat 1942, we decided to use live-action interviews to really give you the impression you are actually talking with the witnesses. It is accompanied by interactive comics and playable memories where the past becomes interactive and you can experience it hands-on,” adds Sisler. “With Svoboda 1945: Liberation we have improved upon this formula, pushing ourselves creatively and narratively. But the core idea still remains - using unique properties of games to shine a new light onto often neglected histories."

Svoboda 1945: Liberation is available to download on the iOS App Store today with a premium price of $6.99.