Long-running hit MMORPG RuneScape has just released its first-ever quest for both desktop and mobile platforms with Elder God Wars: City of Senntisten, which is available now. As the final piece of the puzzle that will push a land on the brink of war over the edge, the story arc will bring full cross-platform play experience to the popular title.

In the City of Senntisten, players will uncover the horrors that lurk inside the lost underground city beneath the Archaeology guild. It will be a continuation of RuneScape’s year-long Elder God Wars arc set in the original home of Zaros. The new quest brings a new map, a host of dangerous challenges, and cool rewards that only the bravest players can reap. The epic saga is a culmination of Ariane’s vision of a coming war in Gielinor, and players can recruit allies and enter the city using their Archaeology skill. 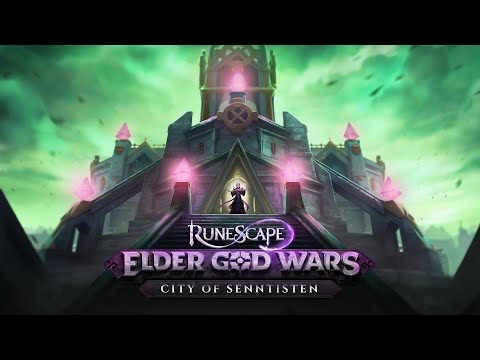 “The Elder God Wars really is an epic series and we’re proud to bring it to players as RuneScape celebrates its 20th anniversary since launch. These are fantastic times for the game; we proud to see players are playing more than ever before, membership is at its highest level in six years, we’ve brought it to mobile, and welcomed so many new citizens to Gielinor. There really is no better time to play RuneScape,” says Ryan Ward, RuneScape Executive Producer.

As the fog of war approaches, can you make your stand in the last bastion of defense against the hordes of the Elder Gods? Dive into the open-world fantasy of RuneScape, available to download on the App Store and on the Google Play Store. It’s a free-to-play game with in-app purchases.

Looking for more role-playing titles on your phone? Check out our list of the top 25 best RPGs for iPhone and iPad (iOS)!