Today, Kaliber Gaming has announced some changes for their gaming peripheral, the KeyMander 2 Mobile. The latest update will allow Android players to use a keyboard and mouse for a plethora of mobile games. This will include the likes of Call of Duty: Mobile, Fortnite, Genshin Impact, Minecraft and the ever-popular Roblox among others.

In addition to that, Kaliber also says that the gadget will work with various mobile streaming services such as Google Stadia, NVIDIA's GeForce NOW and Xbox Game Pass Ultimate. This will apparently work regardless of if the game natively supports keyboard and mouse or not. 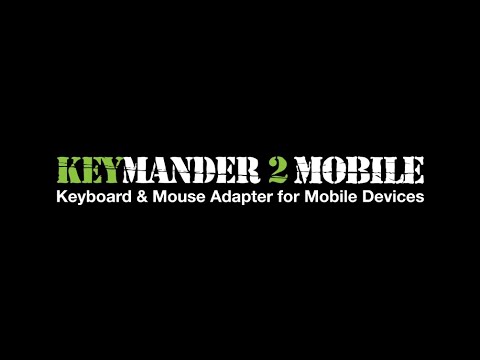 Other features of the KeyMander 2 Mobile include the ability to seamlessly switch back and forth between a keyboard and a controller to suit your personal preferences. It also boasts programmable macro functionality, allowing players to create one-touch button combos. Additionally, the peripheral benefits from upgradeable firmware. This ensures that the KeyMander 2 Mobile is always capable of supporting the latest games on the market.

Discussing the update, John Blair, IOGEAR BU Vice President at IOGEAR said: “While mobile play of mainstream titles is increasing in popularity, many gamers still prefer the comfort of desktop-style game control with a keyboard and mouse.”

The KeyMander 2 Mobile is available now on Amazon, Newegg.com and B&H Photo Video Audio. Its RRP is $99.95, though you can currently pick it up for cheaper if you shop around.

Mobile Legends diamonds guide - Ways to earn them for free