miHoYo announces its latest update, The Phantom of the Theater, for its hit RPG, Honkai Impact. The update will go live on May 27th and introduce players to an S-rank battlesuit called Starchasm Nyx, a server-wide event, Stan Wars, and a new story chapter The Legion Theater.

Honkai Impact received a major update back in March. The update added a brand new S-rank battlesuit called Herrscher of Sentience. Regarding the upcoming update, miHoYo has also released a new trailer.

The new update focuses on Seele, who is still learning to control her power. While playing the game, players will get a chance to discover the bond between the two Seeles. Her latest incarnation Starchasm Nyx will also be available for use.

The battlesuit of Seele, Starchasm Nyx itself falls under the QUA category. Her suits deal massive Ice DMG with a scythe and chain claws that can sweep enemy groups in Burst mode and pass on damage through Nightmare Thorns. 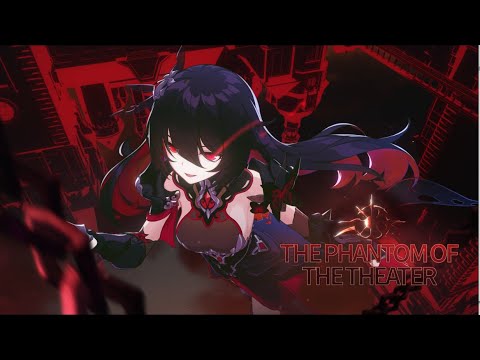 Apart from this, the new version event Stan Wars and the challenge event Threshold Breach will also be coming with the V4.8 patch. And after the update, Chapter XXIV The Legion Theater will also be introduced to Honkai Impact 3rd. All the above events have a pre-scheduled date and miHoYo will be releasing a piece of detailed information on them in the coming days.

Elsewhere, players can now vote for their favourite characters in the first-ever Stan Wars. And to celebrate, players can earn Valkyrie Fragvyom, stigma, outfit, and Crystals for free by participating in numerous events and challenges.

On the hunt for more top-tier RPGs to play on your phone? Here are 25 of the best available for iPhone and iPad