Welcome to the Last Cloudia Tier List, where you can check to see whether the RNG gods have favoured you in your first pull or you need to reroll indefinitely as a new player. While it’s really cool to have awesome top-tier Units, remember that Arks are actually as important (if not more), as you can equip Arks on any Unit and make them learn skills another player without that Ark can’t have.

I'm guessing that you're here because you've already played AIDIS' phenomenal entry into the gacha-RPG genre. While it definitely follows a lot of current tropes, there's something special about their wistful world and its white-knuckle combat.

If you are interested in ranking characters or cards, we have to suggest War of the Visions tier list, Epic Seven tier list and many others that you can find on our pages!

So, without further ado, let’s get on with this LAST CLOUDIA tier list for your viewing (and rerolling) pleasure.

A Last Cloudia Tier List will always put the event Units ranked high up in the charts, so Units from the Secret of Mana and Devil May Cry collabs will always have top-tier features. Limited Banners, like the Descent of Heroes banner, will also reward you with overpowered Units (like the crazy mage Lily) as well. For the rest of the regular pulls, these are the best ones to reroll for: 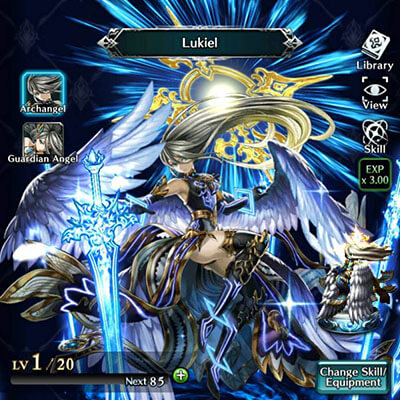 Units that fall under the A tier are generally good, but will slightly pale in comparison to the S-tier ones. It will be a lot easier to obtain many of these units and upgrade them compared to the higher tier ones, so try to do so if you're a f2p player or cannot seem to obtain anything better. They will do their job well, but in certain situations (mainly in PvP Arena) will fall to the S-tier and limited availability ones.

Although they are significantly weaker than the previously-mentioned two-tier higher units, the characters that fall under the B tier are pretty decent, all things considered. Many of them can be farmed through story stages, and while some of them are gacha limited, it won't matter too much if you missed your chance obtaining them. Overall, don't invest too much in obtaining them, and just use them until you get something better.

Phantom Thief Robin has super fast auto attacks, and he can equip all kinds of weapons, making him a valuable Unit for Story mode farming, Tower, and Arena. Prince Gorm can make for a pretty sturdy tank with a useful party-wide heal as his Ultimate skill.

As much as we love a good Theria (and trust me - we DO love Spirit Maiden Theria), her other self will not really have a great impact. The units that you'll find under the C tier are usually the least useful ones, and they'll only do their job in the very early stages of the game, while you haven't yet had a chance to get something better. While you're at it, don't invest anything in them. Rather save up all your resources for something better.

Sorry, Kyle, Rei, Theria, and Lilebette - you guys are the main characters, but you’re just not strong enough.

Remember: a Last Cloudia Tier List will only be as useful to you as the character build you have in mind, as you can customize your Unit to suit your playstyle best. While it’s easy to get obsessed with scoring the perfect roll, the important thing is that you like your party and enjoy playing them!