It's set to arrive for iOS, Android and PC on August 6th

Honkai Impact 3rd, the hugely successful action RPG from miHoYo, is set to be updated to version 4.1 on August 6th. It will introduce a new battle suit to the popular anime-inspired game alongside summer events to provide players with some content to enjoy throughout the month.

The update, which is called As Thunders Fill The Sky, brings a new S-rank battle suit that's called Herrscher of Thunder. This will be a PSY-Type lightning damage dealer which can dish out electrical attacks almost continuously.

It also has the added benefit of providing SP support to any PSY-Type teammates. It's ultimate, meanwhile, summons a powerful dragon that has both a powerful burst attack and the ability to pump out sustained damage. And on top of that, you can ride it!

Beyond that, players will find a Summer event in the version 4.1 update called Gemina Invasions, which enters the Deep Paradise arc. Participating in this event will net players various premium rewards such as Molotov Cherry's summer outfit, Coral Sunrise. Elsewhere, players who log in for three days will be able to choose one of four top-grade blades for free. 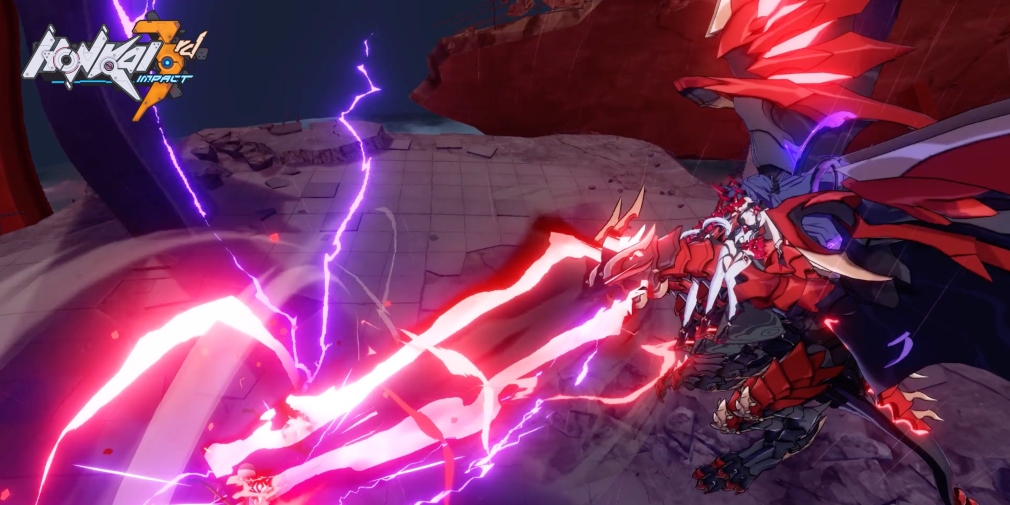 The main story will also receive a new episode called 'Chapter XVIII From Beds of Everlasting Snow'. This sees the normally flourishing Coral Island falling apart due to the surging tides of Honkai energy. Mei and Durandal are sent there to see what's going on. You can check out the embedded video above for a glimpse or two of what you can expect from the latest update.

On the hunt for more top-tier RPGs to play on your phone? Here are 25 of the best available for iPhone and iPad
SEE COMMENTS