KartRider Rush+ has received a new update that introduces new vehicles, game modes and more as the popular kart racer begins its second season, Celestial Sword. There will also be a few limited-time quests for players to complete which will unlock some of this new content.

There will be a host of new vehicles for players to unlock once they've downloaded the most recent update. This includes the Terra Blade, Golden Roadhog and legendary Justice karts can also be collected and customised. 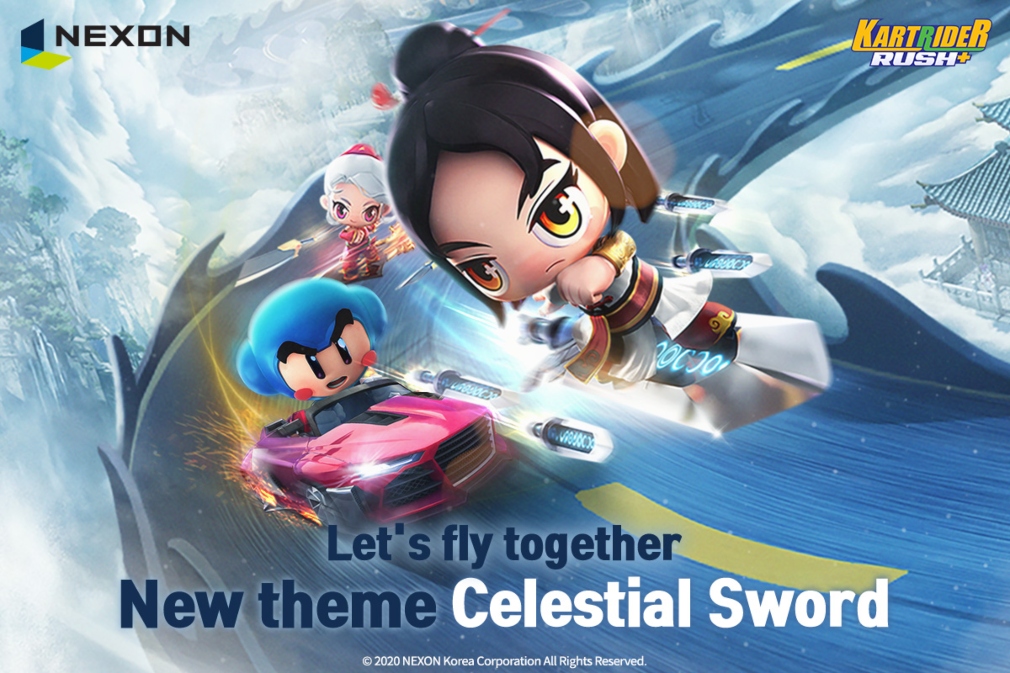 If you're quite content with your current garage of karts, you might be more interested in the new mini-game, Flag Battle. This will appear in arcade mode and will see players finding a flag on the track and then looking to deliver it to their opponent's team camp to earn points.

Elsewhere, two new characters have arrived in the game called Lunaris and Solaris. They are both students of the Moonlight gatekeeper and wish to test their karting skills on the tracks. Alongside these roster additions will be new interior accessories such as Bladeboard School which players can decorate their rooms with.

Finally, there are a few limited-time quests players can do to net themselves a couple of rewards. Firstly, between now and July 30th players who complete new in-game quests will collect Terra Coins that can be exchanged for the Terra Blade. Similarly, they'll also be able to gather Brush Shards that can be traded for a Solaris code, though this will end July 26th.

Looking for other racing games where you can tear around the track at high speeds? Here are 25 of the best available for iPad and iPhone

Want more? Check out our 11 other Kartrider Rush+ news stories!