Expected to launch on May 31st

Nexon's hotly anticipated KartRider Rush+ has raced past 3 million pre-registrations in just one week. That's obviously quite a lot, especially for a series that hasn't exactly been a big name in the West for some time.

If this is the first you've heard of it, Rush+ is a content-packed arcade kart racer that will launch with 45+ tracks, 20 customisable karts, five distinct modes, and real-time multiplayer.

Nexon has worked to create a karting experience that can be enjoyed by newcomers and genre veterans alike, delivering an extensive story mode, time trials, speed races, ranked races, and more. You'll even have your own hub area to customise to your liking.

Those who participate in the pre-registration event will earn themselves the following gifts at launch:

Pre-registering on the App Store or Google Play will net you some extra rewards, including the Prism Plate, Prism Helmet, CA Goggles, and CA Plate. 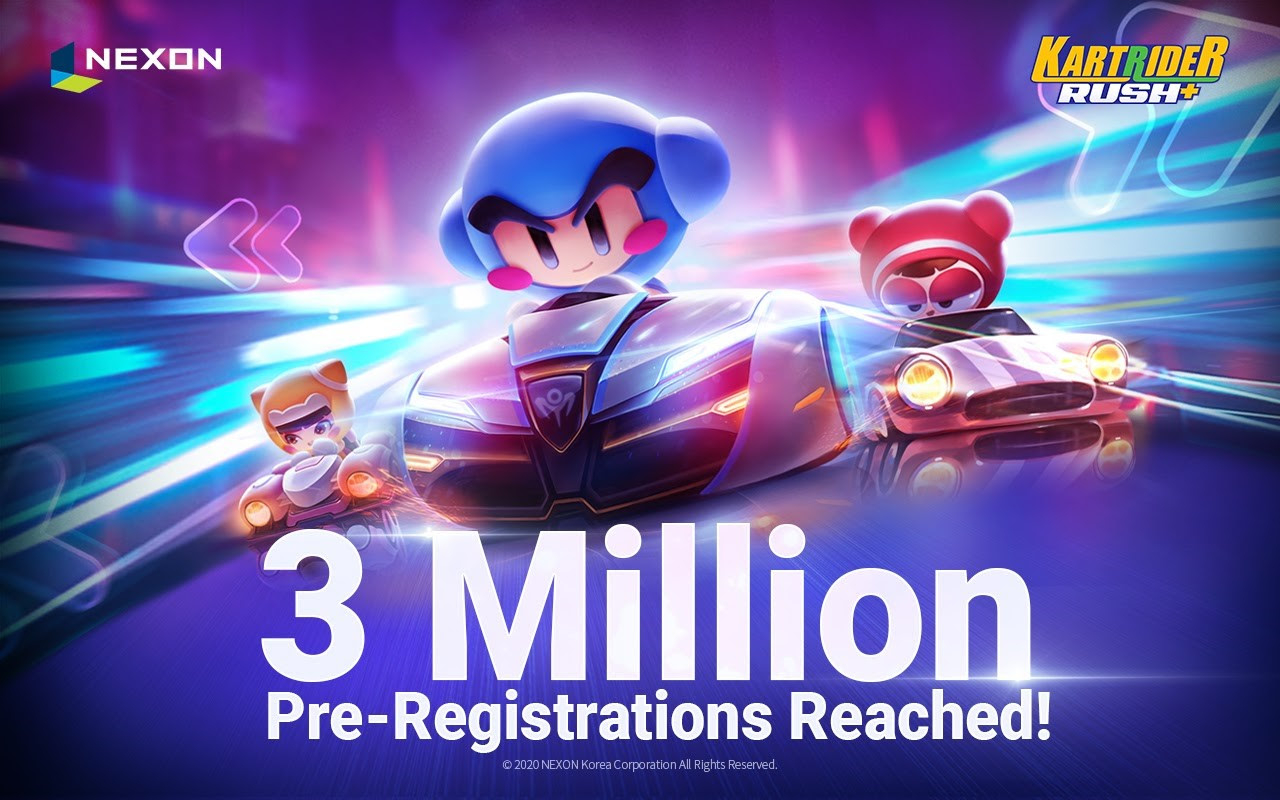 KartRider Plus+ was always going to be a sizable competitor to Mario Kart Tour, but even knowing that, these pre-registration numbers are still pretty darn impressive. Last week, we noted that Nexon was hoping for 3 million pre-registrations before launch, so for the campaign to hit that number after a mere seven days has surely made the publisher very happy indeed.

KartRider's App Store page currently lists the game's expected launch date as May 31st, so we hopefully shouldn't have too long to wait to take it for a spin. At the very least, it'll be interesting to see how it stacks up against Mario Kart Tour. You'll find more info over on the game's official site.

Searching high and low for more quality racers? Here are 25 of the very best for iPhone and iPad