COD Warzone and COD Mobile both have great battle royale gameplay, but neither is perfect...

Call of Duty Warzone has finally landed on console and PC, bringing Modern Warfare's brand new 150 player battle royale to absolutely everyone, for free. Of course, if you're a regular on Pocket Gamer, you will already have been playing a free Call of Duty game - Call of Duty Mobile.

The two games are vastly different battle royale experiences, with a fair few similarities. You'll still have familiar weapons, tacticals, and that classic Call of Duty gameplay, but Warzone is built for gaming on either console or PC, making it a much more intense experience, with a higher average skill level. Potentially scary.

Both are different takes on battle royale, and both introduce elements that could improve the entire package. Here we've broken down how each of the experiences could be improved.

Whether you want your shooting to be at home or on the go, we want the best experience possible. And here is how both games can improve by learning from one another - just click through our list below...

What COD Warzone could learn…

Call of Duty Warzone is all about fighting other players, which is entirely fair - that is the whole concept of battle royale, after all. But the lulls between the gunfights can be large, at times.

Call of Duty Mobile tackled this by introducing zombies and even boss monsters that can spawn in the world and killed for high-tier loot rewards. This is all very smart stuff, and while it might not fit perfectly into Warzone in its current model, it could work for a future game mode.

This isn't something that Call of Duty Mobile should teach Warzone necessarily, more like something Warzone could learn from Fortnite. Warzone has cross-play functionality, which is amazing, but unlike Fortnite, that doesn't extend onto mobile.

In fairness, this is likely a very tall order, and Warzone is too much of a big game to fit onto mobile. Still, it's something to think about.

The gameplay in Warzone is great, undeniably, but I don't always have time for such a long game mode. Warzone games can last a fair while, and it's entirely possible that you'll be defending a point during that entire time. Distanced firefights just never seem to end unless you land a headshot or three.

Call of Duty Mobile is comparatively swift and quick. You can jump into a game or two, and win, in the time it'll take for a Warzone game to complete. It's a matter of preference, but I'd like to be able to fit a game of Warzone in between waiting for food to cook or something, instead of it being a time-devouring nightmare. 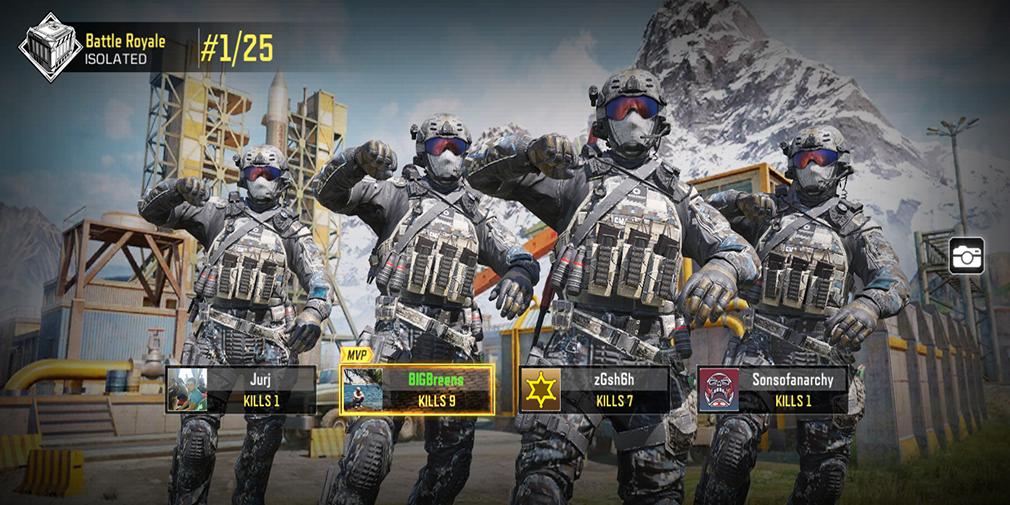 What COD Mobile could learn…

The Gulag is a great move. In Warzone, if you die, you get sent to the Gulag, where a 1v1 shootout could see you return to the battle royale action. Or just get killed, of course.

This fight is incredibly tense and allows talented players to reduce the amount of downtime they spend waiting for a revive. A great touch.

Warzone takes after the Fortnite school of weapon rarity. Guns will be Common, Uncommon, Rare, Epic, or Legendary, and you can generally assume that a grade up from what you have will be a decent swap. It's a nice user-friendly way to include dozens of guns without overwhelming players.

Call of Duty Mobile, meanwhile, still has weapons, attachments, and more. And it's confusing, frankly, especially if you're a new player - if auto-loot wasn't in the game, I'd never get anything done.

This kind of game mode would work wonders in Call of Duty Mobile. Admittedly COD Mobile already has multiple game modes, but this new take on a battle royale mode should certainly be one to add in the future.