The Seven Deadly Sins: Grand Cross is the most ambitious and impressive anime game on mobile or console

Personally, I have complained about anime games many times, both on mobile, and on console. Anime games have a tradition of not being very polished, or just being arena fighters - ugh. The only licensed anime game that comes to mind as having truly excelled in Dragon Ball FighterZ, with attempts such as Jump Force, Dragon Ball Z: Kakarot, and One Piece: World Seeker all earning a "you tried" sticker. It's not much better on mobile, with most games being simple gacha RPGs which follows the same formula - even when they step outside of the box, the result is often underwhelming. Which is why when I see an anime game that impresses me, I have to stop and applaud the effort.

Seven Deadly Sins: Grand Cross is a mobile game adaptation of the Seven Deadly Sins (Nanatsu no Taizai, for you weebs) anime and manga series which follows Meliodas, the Dragon Sin of Wrath, and his friend Elizabeth as they scour the land of Britannia for the remaining sins and save the world from a demonic invasion from the fearsome Ten Commandments and the Demon King. As a casual Seven Deadly Sins fan, I'll tell you this now: the story is pretty mediocre, but the action is excellent.

This mobile game perfectly fits the aesthetic of the Seven Deadly Sins: it's a predictable adaptation, it's a gacha RPG, but it is executed brilliantly. Netmarble are known for delivering mobile games with a high level of polish, but this just might be unprecedented. The fact is, Seven Deadly Sins: Grand Cross is a free to play mobile game that looks better than the full-price PS4 game Seven Deadly Sins: Knight of Britannia. It is seriously impressive how they've managed to capture the style of the anime with smooth console-like visuals and dozens of high-quality cutscenes, and still released something of this quality as a free to play mobile experience. 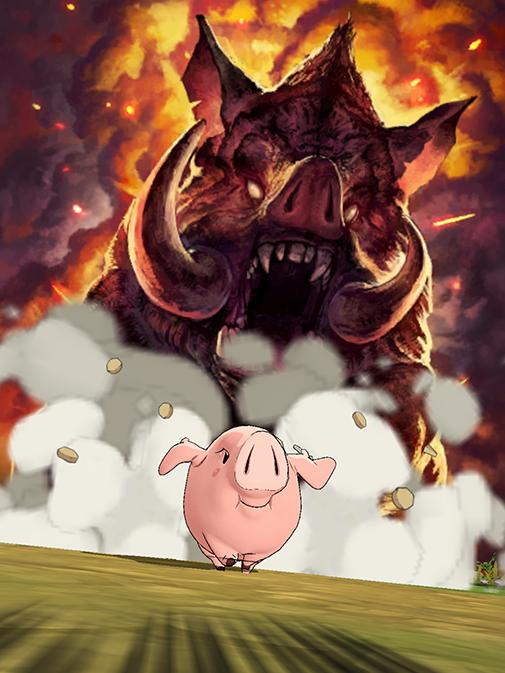 The game follows the story of the anime and manga series, and replicates many of the scenes from the anime in cutscenes, complete with the original voice actors reprising their roles, of course. It consistently looks great. Amazing, in fact. I can't stop being impressed by the level of polish the visuals have. But it doesn't stop there - Meliodas is the proprietor of the Boar Hat, a travelling pub. In the pub you can serve beers, take orders, cook up food, and much more. Every animation, every motion, everything is polished to a mirror sheen, and I can hardly believe it.

And then, a game of this level of quality, actually has towns and environments for you to wander around. Most games that put this level of detail into the visuals want to keep the experience as linear as possible, but here you can freely wander towns, talk to NPCs, and take on side-quests. Again, this is shockingly detailed for what is a free to play mobile game.

And the visual clarity is present in battles, where all of the attack animations look great, for all of the included 62 gacha characters you can collect. Special attacks look marvellous, and they keep looking better as you combine and enhance attacks in battle. It follows a card-based battle system, where you draw moves and can execute one card - or move cards in your hand - for each character of yours on the field. Moving cards of the same type together makes them combine, and deal out much bigger damage. 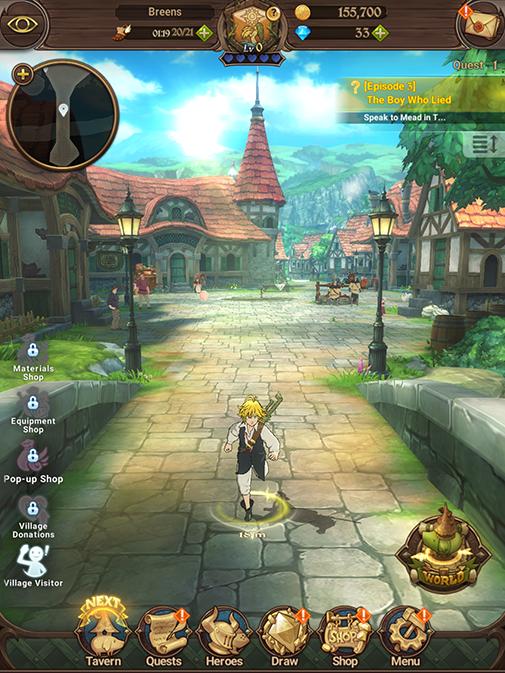 It's a fairly basic RPG battle system to be honest. It looks nice, and is fun enough to play, but perfectly serviceable, very little more. I like the layer of depth that is added by using your turns to move cards in your hand and enhance them, but I'm not sure how deep this will appear to be after playing the game for several days or weeks.

It is a gacha RPG, so it does mean you'll be saving up gems in order to get stronger characters, but you'll be gifted an SSR rank character fairly early on, and should have no troubles clearing through much of the story content without much concern. Basically, if you know what to expect from gacha RPGs, you won't be surprised here. At least there isn't a pesky subscription service.

While the game itself is, ultimately, yet another anime gacha RPG, it might be the highest polished and best looking anime gacha RPG I've ever seen. The cutscenes are incredible, the battles look great, and Netmarble has gone over every single animation and action to make sure it is presented in the best possible way. I am in awe of the love that has gone into this game, and it is guaranteed to put a smile on the face of fans - though if you don't like gacha RPGs, this isn't likely to make you change your mind about them, either.