Crimson Keep review - "A slog of a roguelike ARPG"

With Diablo III and Victor Vran, Switch owners arguably have all the hack and slash goodness they could ever need.

Even if that's a bit of an exaggeration (you can never have too enough hack and slash goodness), Crimson Keep adds little to the action RPG cause.

Not that Crimson Keep is even directly comparable with those two quality productions. The view here is first person, and the onus is on you to manoeuvre and aim accordingly.

There's a pronounced roguelike flavour to the action, too. Levels and enemy placement are randomised, while dying genuinely means game over.

You're effectively doing the same things as any isometric ARPG, though. That is, crawling through dungeons, hacking skeletons and demons to bits, and levelling up your generic fantasy character. 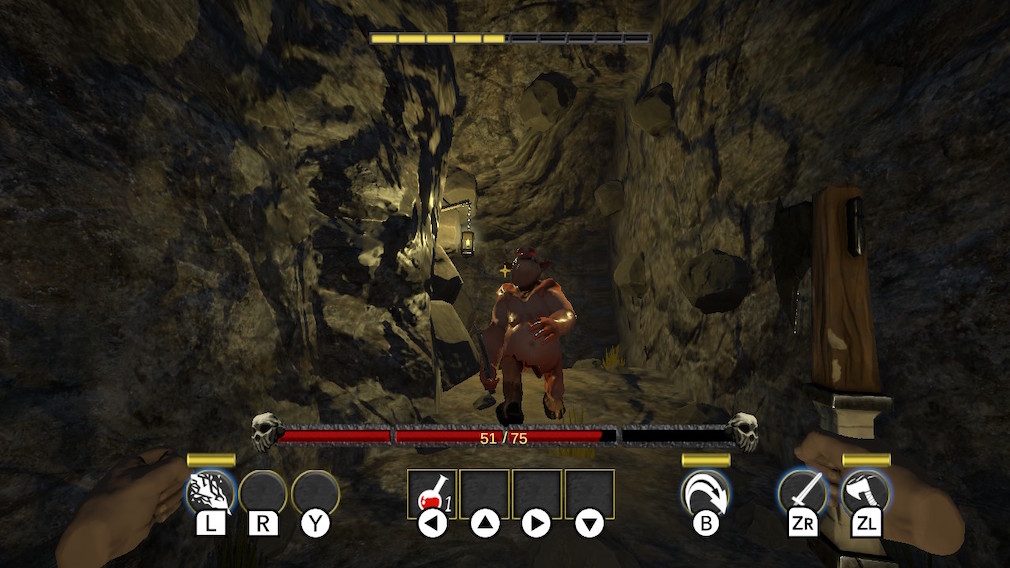 I don't know about you, but the thought of a knock-about first person Spelunky-meets-Diablo-meets-Elder-Scrolls affair sounds mighty appealing. Unfortunately, Crimson Keep isn't that game.

Its combat is lumpen and unreliable, and it often feels impossible to avoid damage combat - even with a handy step-back button. In the early stages you'll be dipping back and forth like a manic fencer, but certain enemies will continue to land cheap (or just plain glitchy) hits on you regardless.

Tackling any number of enemies at a time beyond one or two in these confined, snaggy tunnels is a recipe for frustration.

Talking of tunnels, the randomised levels are samey and boring, with too few points of interest. Add in the lack of a map, and it's very easy to get lost among its bland labyrinths.

The equipment menu here is just plain bad in every way. You have to manually move weapons and items to their relevant slots, and you don't get any kind of preview of how a new weapon differs from your equipped one.

There's no quick weapon swap button either, even though you can assign single-use items to the D-pad. Bringing up this menu doesn't pause the action, so getting stuck in one of the game's closed-room brawls with a limited-ammo projectile weapon can be a death sentence.

I hate to be so relentlessly negative about Crimson Keep. There's a certain plucky indie spirit about the whole thing, and the randomised loot drops and branching level-up options still have the potential to scratch a particular itch.

But the brutal truth is that Crimson Keep doesn't deliver on action or intrigue. And in a sub-genre that's all about exploring dungeons and smacking orcs around, that's pretty fatal.

Stardew Valley multiplayer is coming to Switch quite soon, while developer ConcernedApe parts ways with publisher