We're nearly two years into the Switch's life and it still feels like the console is playing catch-up, largely due to the vast number of ports that are slowly making their way over.

That's no bad thing, really - and Diablo III: Eternal Collection is proof that there are some games which absolutely deserve a spot on Nintendo's hybrid beauty.

It may be a six-year-old game by now, but it's evolved wonderfully since its initial launch, and Switch users are getting by far the best experience of the game yet.

If you've never played a Diablo game before, just look at any other action-RPG for an easy comparison. Diablo influenced every single one of them.

It's all about killing huge swathes of enemies, gathering up the loot and gold they drop, levelling up your character, buying new equipment, and heading back out to do it all over again. 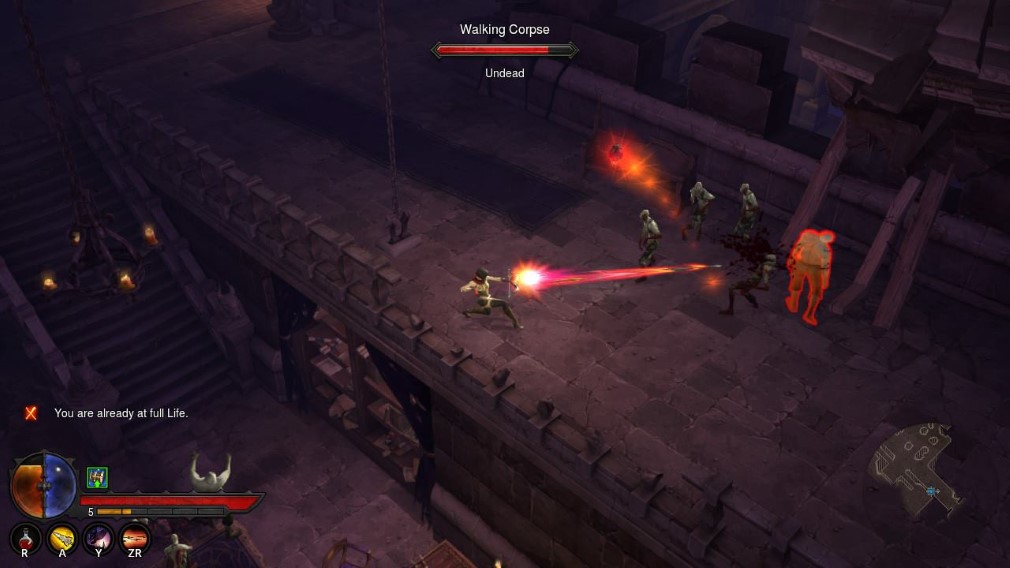 That's a hell of a compulsion loop, and you'll be piling up pretty generous amounts of loot and cash as you go, giving you plenty of tiny dopamine hits from every single encounter.

There's also a story in there too, but you can safely ignore it in favour of murdering everything in sight with reckless abandon and still have a great time.

Of course, you may already know this. You may have even played Diablo III before - so what's the Switch version got that these other entries don't?

For one, Adventure mode, an endless loop through the main story, is open from the beginning. If you've already played through Diablo's main mode and just want to throw yourself back into the loot loop, you're free to do so without any additional work.

You'll also gain access to a bunch of cosmetic items right from the off, including pets and wings, so you can make your character look like a total badass even when they're a level 1 scrub. 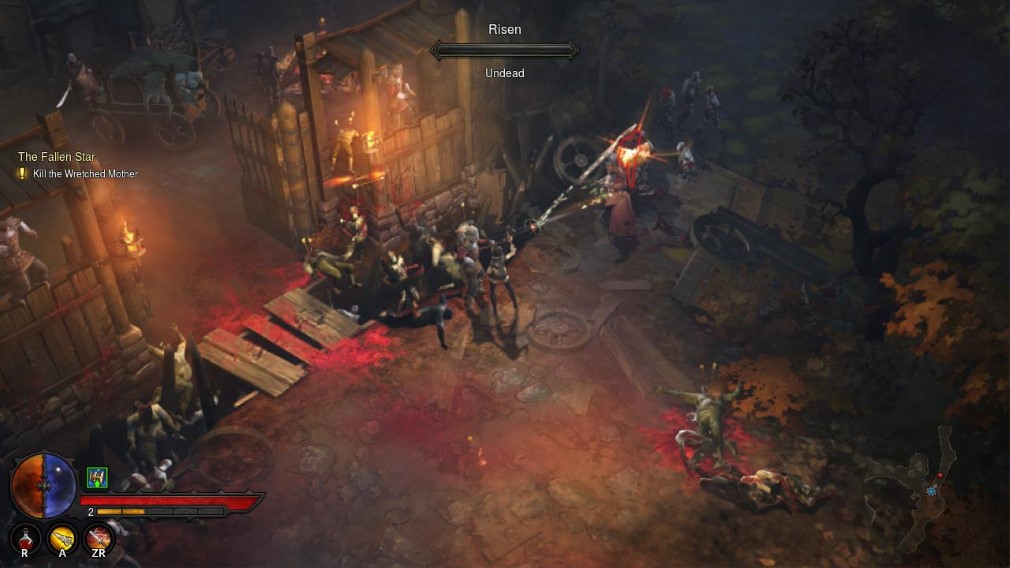 All the expansion packs, balance changes, and so on are here too. This really is the complete collection of Diablo III, and it's a great starting point for new players as well as a fine alternative to established players who don't want to grind through the whole experience again to get the things they had on other consoles.

The Switch port is also pretty magnificent. Handheld mode is smooth as you like, and extra attention has been paid to the UI so you're not straining your eyes to make sense of the menus.

Graphically, it's perhaps a little muddier than on other consoles, but given that this is probably the cost of making everything run as smoothly as it does, you won't mind so much.

Overall, Diablo III: Eternal Collection is probably the best way to play Diablo III yet. It takes everything Blizzard learned over the years of expanding the original game and lays them all out for you to experience in one neat package, perfect for newbies and hardcore fans.

The Switch handles everything like a champ, making handheld play a true joy, and the fact that almost everything is open from the start means you're free to dive in wherever you feel comfortable and get stuck into Diablo III the way you want to play it.

If you've yet to play Diablo III, the Eternal Collection is the place to start. And if you've had a bash before but you're craving some more, you won't be disappointed.

Pocket Gamer speaks: Will Diablo Immortal be worth playing?

The Minions studio's Mario movie is coming out in 2022

Diablo 3 cross-play is now 'a question of when, not if'