The massively popular gacha strategy RPG Arknights has announced a brand new side story to celebrate its two-and-a-half-year anniversary. Entitled Invitation To Wine, this new story follows the plot of the Who Is Real side story, and will introduce 4 new operators, log-in rewards, new series outfits, and a themed furniture set.

If you’re curious about plot details, Invitation To Wine is pretty much a direct sequel to the previously mentioned Who Is Real side story and will see Kroos going to Shangshu city alongside Mr. Nothing. In parallel, Lee will be travelling there as well, and the three are bound to end up in some ridiculous hijinks together. Beyond that and the trailer featured below, the details are pretty slim, as to allow players to experience the plot for themselves. 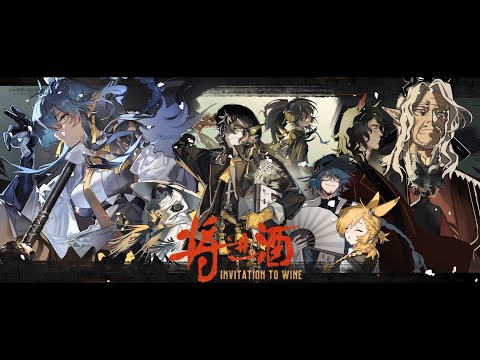 The four operators being introduced with this update are Ling, Lee, Blacknight, and Kroos the Keen Glint. Ling is a 6-star Support class who uses summons in battles, switching effects based on the 3 skills available to her. Lee is a 6-star Specialist, a Merchant who consumes 3 Deployment Points every 3 seconds while he’s on the field. His third skill allows him to push enemies away within his range with every attack. Blacknight is a 5-star Vanguard who will summon a Slumberfoot to assist him in battle and can also put nearby enemies to sleep in a certain radius. And finally, Kroos is a 5-star Sniper. As a Fastshot, she targets aerial opponents first, and her second skill will reduce her Attack Interval and make her attack 2 times in a row.

All these new operators are coming alongside an abundance of free pulls and potentially free Orundum as well as a sign-in reward across 15 days that will see you end up with a new furniture set as well as a new outfit for Indigo. Add that in with some new outfits for Mr. Nothing, FEater, and Dusk, and you’ve got a lot of new content to dig into. If you’d like to check it out yourself, tap either of the links below to download Arknights for free!

Looking to test your luck on more character banners? Check out our Top 25 best gacha games for Android!
Next Up :
Queen's Wish 2: The Tormentor set to launch near the end of the Summer season