April 2022 is shaping up to be a bumper month for Apple Arcade, with six new games heading to the subscription service in the coming weeks. As always, they will be a mixture of Arcade Originals and revamped App Store Greats and Classics you will already be familiar with if you're an avid mobile gamer.

First up, we have Eden Games' Gear.Club Stradale, which arrives on Apple Arcade this Friday. As the name implies, it is a racing game with social elements set in Italy. You and up to five pals can drive your favourite supercar from manufacturers like Bugatti, Porsche and McLaren. After choosing your ride, you will create or join a club, customise your car, and compete in the Carta Stradale race mode.

Later this month, Noodlecake and Morsel Interactive will release the physics-based puzzler Moonshot – A Journey Home. It follows Moon-Pi, a young moon that has become separated from Mother Earth, as it tries to get back home. Catherine recently covered the game in more depth if you'd like to learn more. 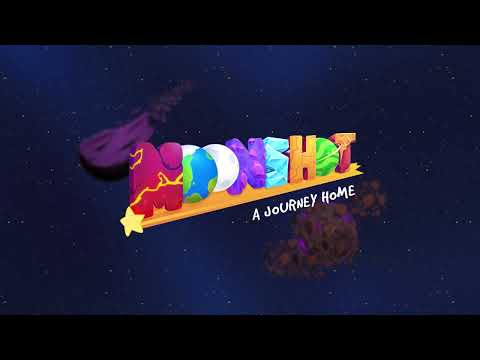 Friday 8th April is all about speed with Sonic Dash+ arriving alongside Gear.Club Stradale. It's a revamped version of the 2013 endless runner that enjoyed a whopping 500 million-plus downloads. One of the main changes from the original is the addition of leaderboards, allowing the competitive folk among us to try and climb to that coveted top spot. Learn if the Sonic Dash+ made it to the list of best Apple Arcade games.

If you enjoy snooker and pool, this is the game for you. It promises fully textured game environments and 3D physics to provide a realistic experience. However, iWare Designs has tried to cater for both casual and more hardcore players. It features a click and play interface that makes it easy to pick up, while more serious players can use cue ball control to pull off more tricky shots by using back spin, top spin, left spin, right spin and ball swerve.

Ever wanted to create your own construction company? Well, now you can and there are over 40 licensed vehicles to add to your fleet from companies like Caterpillar, Liebherr, Palfinger, Bell, STILL, ATLAS, Meiller Kipper, Kenworth and Mack Trucks.

Lastly, we have Joel McDonald's Prune+. Billed as a love letter to trees, Prune sees you swiping your finger to create pieces of art with various trees. It looks to provide a relaxing experience rather than a challenging one, so if that's what you enjoy, keep an eye out for Prune+ on April 29th.

Interested to know what other games are available on Apple Arcade? Check out our definitive list of everything you can play right now
Next Up :
AFK Arena adds two new heroes, exclusive skins, login bonuses and more in third-anniversary update

Cooking Mama: Cuisine! is the latest addition to Apple Arcade