WFS is celebrating the third anniversary of Another Eden: The Cat Beyond Time and Space. Version 2.11.200 of the mobile JRPG features new Ally Encounters: Eva, as well as exciting campaigns, daily login bonuses, and special limited-time events.

Another Eden: The Cat Beyond Time and Space is welcoming its global-first character, Eva, as voiced by Rachel Hurd-Wood (of Peter Pan and Clique fame). Players can expect to score 1000 Chronos Stones simply by logging into the game every day, as well as experience the Whisper of Time for free Encounter daily.

For those who want to get a little bit more immersed into the anniversary festivities, the Global Version 3rd Anniversary Creator Contest Stage 1-3 is now underway. Simply visit the special event website to craft your own advertising copy promoting Another Eden in your own words. 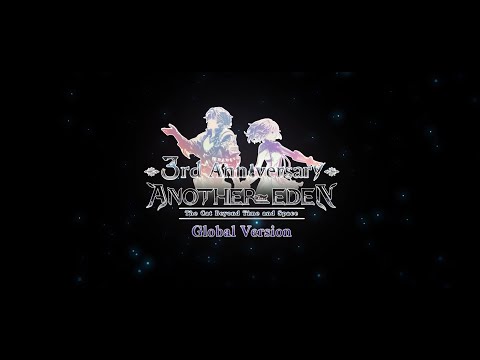 For the more artistically inclined, you can draw a special feline companion that your favourite character might bring along on their journey. And finally, all kinds of Another Eden art - whether they're illustrations or even crafts and sculptures - can be submitted until February 28th for cool rewards.

Other festivities include a Character Popularity Vote, a new upgrade event "True Weapon Discovery", a new Subquest "Dream in the Sky" and so much more. If you don't want to miss out, you can download Another Eden on the iOS App Store or on the Google Play Store for Android devices. It's a free-to-play game with in-app purchases. You can also take a sneak peek at the embedded trailer above to get a feel of the third-anniversary celebrations in the game.

Are you on the hunt for more RPGs that will put your skills to the test on your mobile device? Why not take a gander at our list of the top 25 best RPGs for Android phones and tablets?

Next Up :
Marvel Future Revolution welcomes Mephisto, Hela and more in the latest update to the open-world RPG