Animation Throwdown: The Quest for Cards is currently kicking up an ironic, primary coloured storm on the App Store. And why wouldn't it?

It combines five of the most beloved animated TV shows of recent times: Family Guy, Bob's Burgers, Futurama, American Dad, and King of the Hill into a single gaming universe. And not just any gaming universe, either, but a CCG. Everyone loves collectible card games, it seems.

Talk about a no-brainer.

As you might expect, there's been a long line of animated tie-ins on the App Store. What might surprise you is that there are precious few on there right now, aside from Animation Throwdown.

In fact, only three of the shows featured in Animation Throwdown are represented on the App Store right now. Here they are, as well as a couple of bonus honourable members who most definitely belong in the same company. 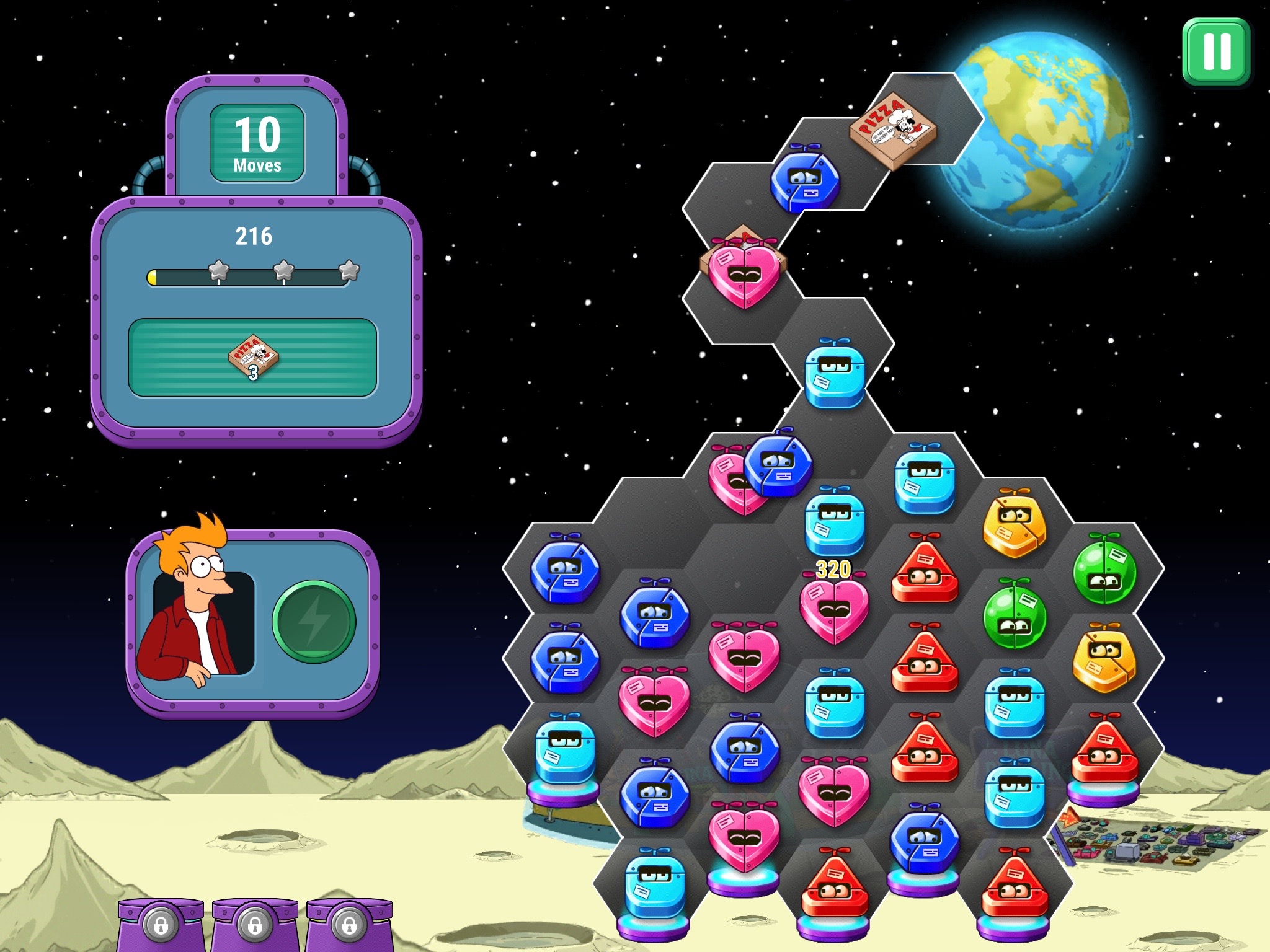 Let's start with the most recent and, arguably, best game of the lot. Futurama: Game of Drones plays like a match-three puzzler (except you're matching four) - and a very accomplished one at that - but it still does a really good job of injecting the humour and sparkle of the host series.

Which, let's face it, is the most important thing with these games. Still, let's applaud wooga for taking a decent stab at the game part of the equation. 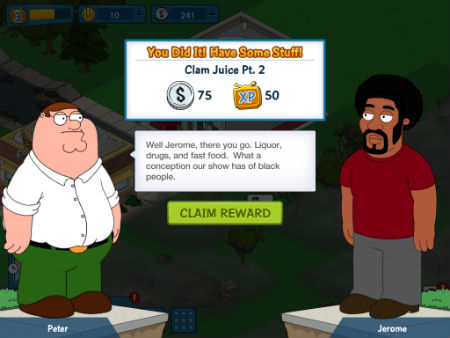 Family Guy has received the most iOS game attention out of the Animation Throwdown crowd, but there's only one main game on the App Store at the moment - Family Guy: The Quest for Stuff.

You know what I just said about the spirit of the show being all-important with these games? That's true, but there does need to be thee bare minimum of a game in here. FG:TQfS seems to forget that, providing some overly simplistic icon-dragging freemium action to complement its sharp writing. 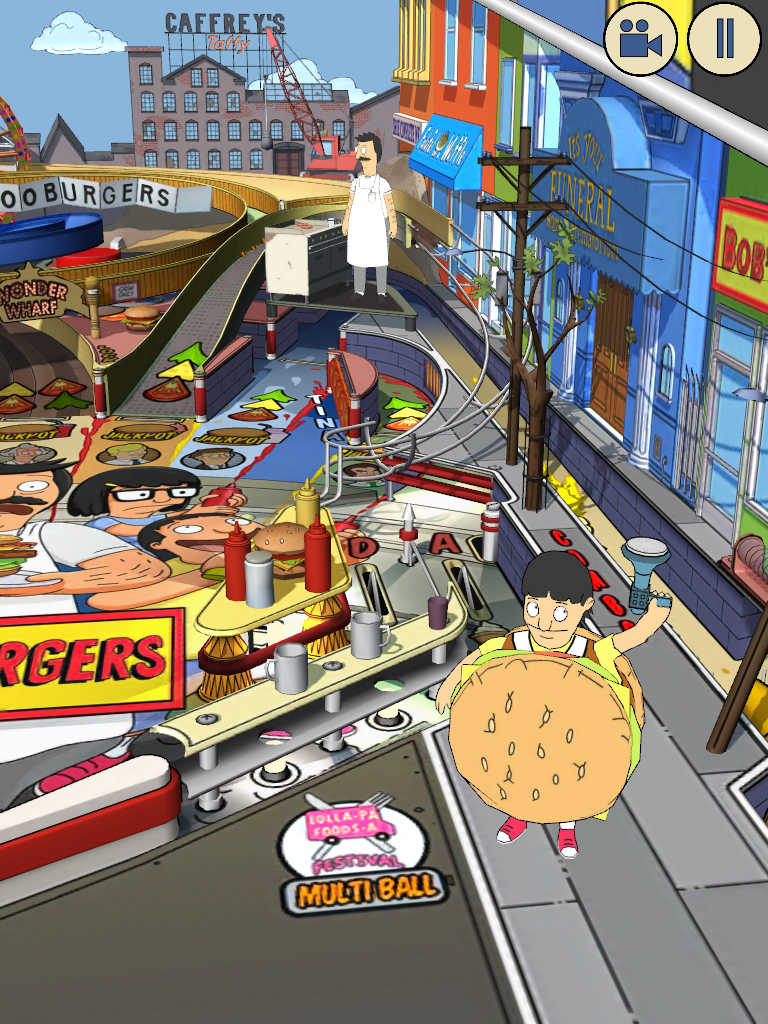 Everyone loves pinball, right? Bob's Burgers is a little more niche in its appeal, but those who watch it regularly tend to swear it's the best animated show on TV.

ZEN Studios combines the two properties with predictable slickness - it's pretty much the go-to digital pinball developer out there. 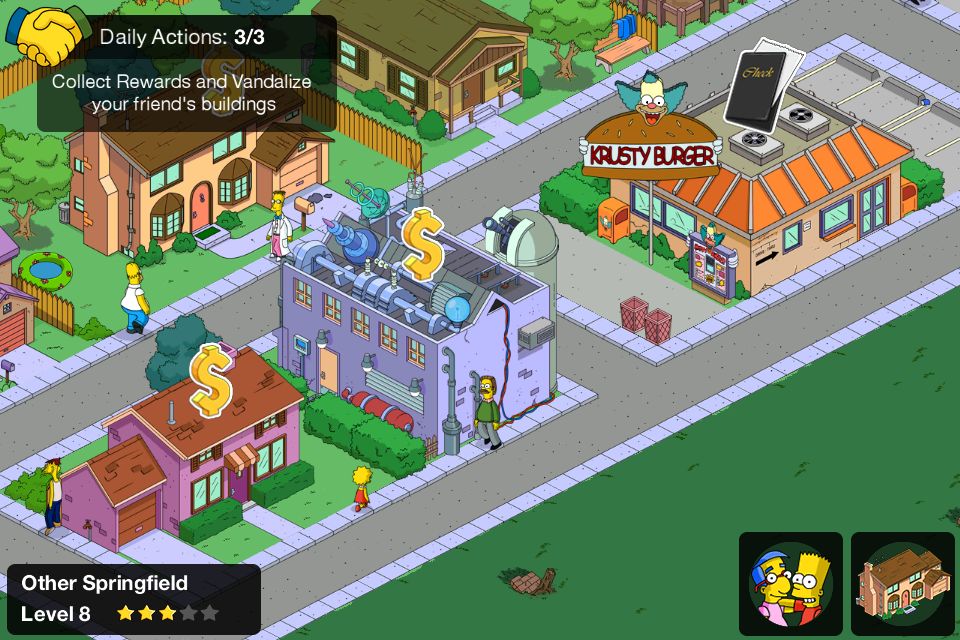 Here's the first of those honourable mentions we outlined in the intro. Would any of the shows featured in Animation Takedown exist without The Simpsons? Probably not - especially in the case of Futurama.

The Simpsons: Tapped Out is a bit of a golden oldie too - in App Store terms, at least. It's not particularly good, though, providing a pretty bog-standard freemium city-building sim (think FarmVille with more Homer), but with a few scraps of Simpsons-flavoured humour thrown in.

South Park is probably the second-most influential animated show of its kind ever (sit down, Beavis. And you, Butthead). Zen Studios is at it again, cramming the colourful, crudely drawn world of South Park into a pinball table. Very accomplished it is, too, with slick ball physics and lots of nods to the show welded to typical pinball mechanics like ramps, switches, spinners, and bumpers.

It's a bit of a shame that's the only South Park game still on the App Store (there have been a few), but it's a solid effort nonetheless.

Animation Throwdown: The Quest for Cards welcomes Archer into the fray during 6th-anniversary festivities

Animation Throwdown: The Quest for Cards - The complete list of card skills and abilities