It's currently in soft-launch, so check out this hands-on video while you wait for it to go global 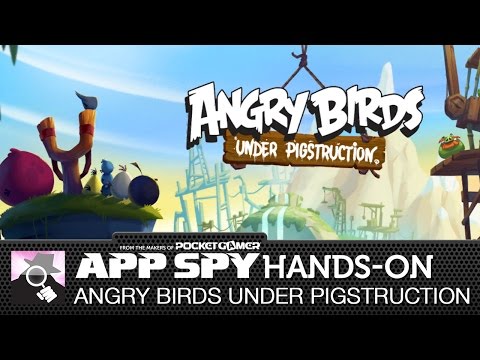 Enter Angry Birds Under Pigstruction: a return to roots for the series, complete with a gob-smacking visual overhaul, more great music, and almost 300 brilliant physics puzzles to conquer. Want to know more? Click play on the video above.

Angry Birds Under Pigstruction is free-to-play, and is currently in soft-launch in Canada. It's expected to be released some time in 2015.

Angry Birds Under Pigstruction has multi-stage levels, a competitive Arena, and boss fights