The crossover story, which will be available from today until the end of the event, will feature all of the Phantom Thieves and will go over how they found themselves in the world of Alchemy Stars. Luke and The Astorians, the main characters in Alchemy Stars, join forces with the dashing Phantom Thieves to discover the true source of the Shadows in Umbraton and will unearth the mystery behind both where those Shadows are coming from as well as what led the Phantom Thieves here. Of course, this entire crossover mission will feature all of the style and flair Persona 5 is known for, so be ready to experience content the likes of which Alchemy Stars has never seen before. 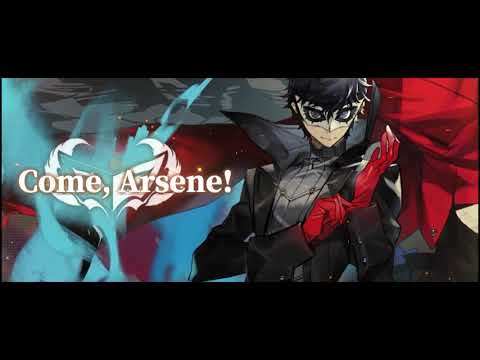 It’ll be quite interesting to see how the aesthetics of Persona 5, which is altogether a very stylishly made game full of a very specific vibe, interact with Alchemy Stars and its mostly high fantasy looks. That, alongside seeing characters you know and love from either series interact with each other, will make this crossover event pretty exciting. Currently, details about what the new units bring to battle are scarce, but as the August 3rd release gets closer, I’m sure we’ll get more and more details about their kits and how they’ll affect your team composition.

Regardless, as of right now, you can play through the crossover missions and get a taste of what’s to come for the collaboration. The new units will become recruitable on that previously mentioned August 3rd date, so keep an eye out for updates in that regard. And in the meantime, you can check out Alchemy Stars for free by clicking either of the links below!

Looking for more anime-themed action in your pocket? Check out our Top 25 best Android JRPGs!
Next Up :
Era of Conquest launches Early Bird event for Android, allowing players to get a head start before launch