In particular, the Alchemy Stars Go! Race to the end of the world! update welcomes The Blazing Rally, which adds new Story Stages and a Prize Pool Lucky Draw to the game. The Desert Lottery Lucky Draw, on the other hand, will give away Lumamber, Limited Edition Furniture and other exclusive in-game goodies to players.

Meanwhile, eager users who are able to complete all Go! Race to the end of the world! Stages along with Aurorian trial stages can score two new Aurorians Azure and Roy among other rewards. Players who simply log into the game during the event period can also nab special in-game bonuses such as more Lumamber and Aurorian upgrades. 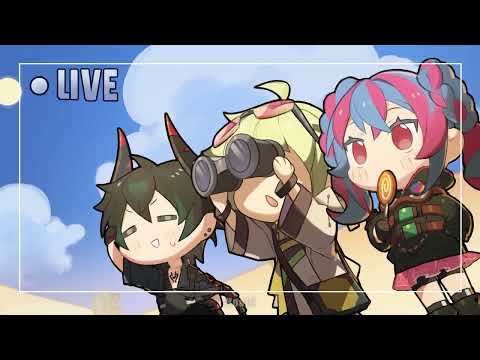 Apart from 6-Star Aurorian Jona - Righteous Judge and the 5-Star Aurorian Taki - Desert Dragon outfits, limited-time gift packs will be available at the store as well. If you're keen on experiencing the updates yourself and getting your hands on all of the freebies, you can download Alchemy Stars on the iOS App Store and on the Google Play Store for Android devices. It's a free-to-play game with in-app purchases. You can also visit the official update blog to get a feel of the new additions, or catch the embedded clip above for a quick sneak peek.

Are you on the hunt for more similar titles that will put your skills to the test on your mobile device? Why not take a gander at our list of the top 25 best free games to play on your iPhone, iPad or Android Phone in 2022?

Next Up :
Square Valley is a charming city-building puzzler that lets you strategise tile placements, out now on iOS and Android