Level Infinite has just announced the launch of a new event called Farewell, My Wonderland, on its mobile JRPG Alchemy Stars. The event goes live tomorrow September 22nd and shows players that life always finds a way even in the aftermath of a destructive war. It will run until October 17th.

In the Farewell, My Wonderland event on Alchemy Stars, players will complete two-stage event quests, where they will be able to recruit two new characters – Pollux and Casta, as they travel into the Abyss area and re-explore the Cloud Blossom Destiny while earning numerous rewards. 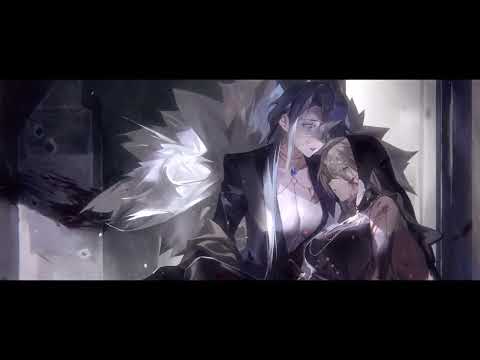 The event can be subdivided into two quests – Wonderland Tales and No Man’s Lands where players will visit the Undercity, a new area found in the Abyss. Expect to jump into a poisonous environment where finding ventilators is the key to survival. Making it through this perilous region will prove to be extremely rewarding as players can earn Lumamber, Solamber Druse Order boxes, titles, and medals.

The update also introduces two new Aurorians to Alchemy Starts. Between September 22nd and October 20th, they will be available in the Crimson Raven banner. Pollux is a 6-star character, while Casta is a 5-star one. Players will have a 50% chance of winning the latter, with the former being found at a rate of 25%.

After the event, both of them will become part of the Mainstay Recruitment. Additionally, the 6-Star Aurorian Fia from Starry Trails and 6-Star Aurorian Jeno from Sleight of Hand also return to the Crimson Raven banner.

As players progress through the stages of this event, they will earn rewards like Lumamber and Special Star Flare. Those who do the Main Story along with this stand to win even more goodies such as Empty Shell Casings. These can be used to obtain higher-tier rewards. A daily login event will also run throughout the event, granting players items like Lumamber, Empty Shell Casings, Nightium, Panacea, and a lot more.

Dive into the Farewell, My Wonderland story by downloading Alchemy Stars now for free.

Also, check out this list of the best JRPGs to play on mobile!
Download now!
Alchemy Stars

Next Up :
Fortnite is celebrating its fifth birthday with new quests, rewards, and the fortography event

Everything you need to know about Alchemy Stars' Summer's Breeze & The Port of Hope: Tempest in the Harbor event