iOS
| Aka to Blue

Are you a fan of hardcore bullet hell shoot-'em-ups? Do you pine for more mobile output from the master of the form, Japanese developer Cave?

We've good news and bad news for you. And then a positive twist on that bad news.

The good news: Aka to Blue is a classically styled bullet hell shoot-'em-up. The bad news: it's not made by Cave. But developer Tanoshimasu is headed up by a former Cave employee, Hiroyuki Kimura.

Those might sound like slightly dry, inconsequential details, but really they mean everything. They mean that when I say Aka to Blue feels like a Cave game, there's actually some weight to it - despite the fact I only have a casual interest in the genre.

The idea is to touch and drag your little fighter ship through busy vertically-scrolling levels. Enemies appear at the top of the screen, and are swiftly carved apart by the stream of laser death that automatically spews out of your ship whenever you touch the screen. 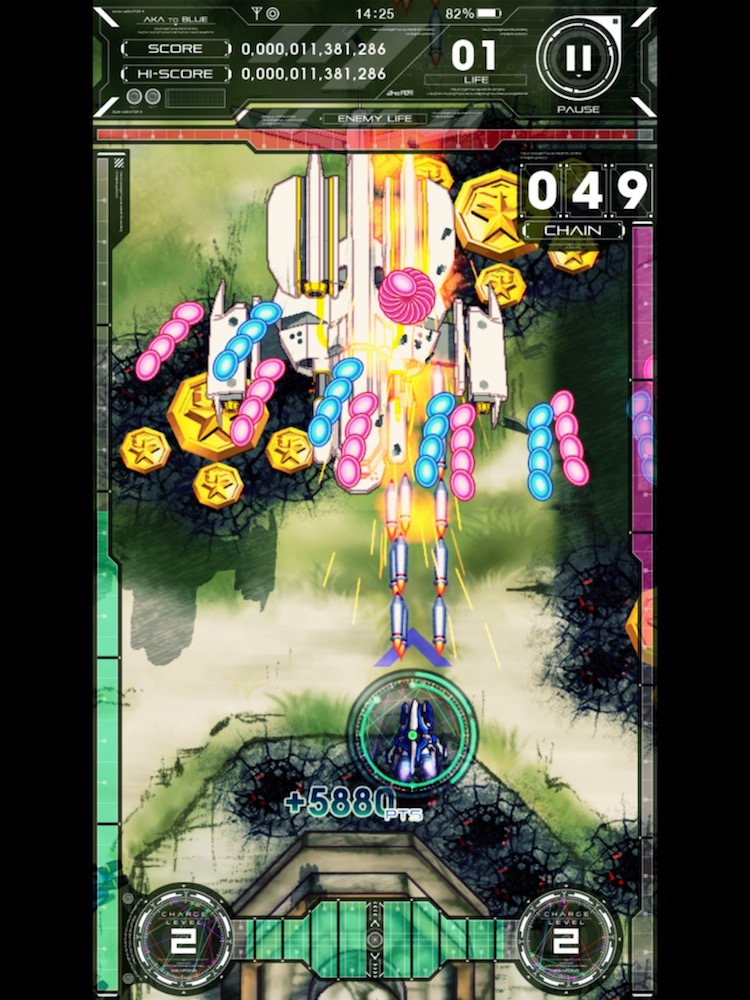 There's a familiar catch in the form of a wave of pink and blue bullets that swarm towards you in frankly ridiculous numbers. It's possible to dart in between them if you're skilful, as only the very core of your ship is actually vulnerable.

Far more effective, though, is to touch the screen with a second finger and launch a bullet-clearing smart bomb into those bullets, wiping them away.

This smart bomb mechanic is one of Aka to Blue's key distinguishing features. You can build up the level of your bombs through skilful shooting - and by taking out lots of targets when you use the bombs. It forms a satisfying gameplay loop when you're on a particularly destructive roll.

A large part of that joy comes from the streams of gold coins that get released when you successfully utilise a bomb, and the frantic hoovering-up process that follows. It can feel like some kind of garish slot machine at times - but it's also rather irresistible. 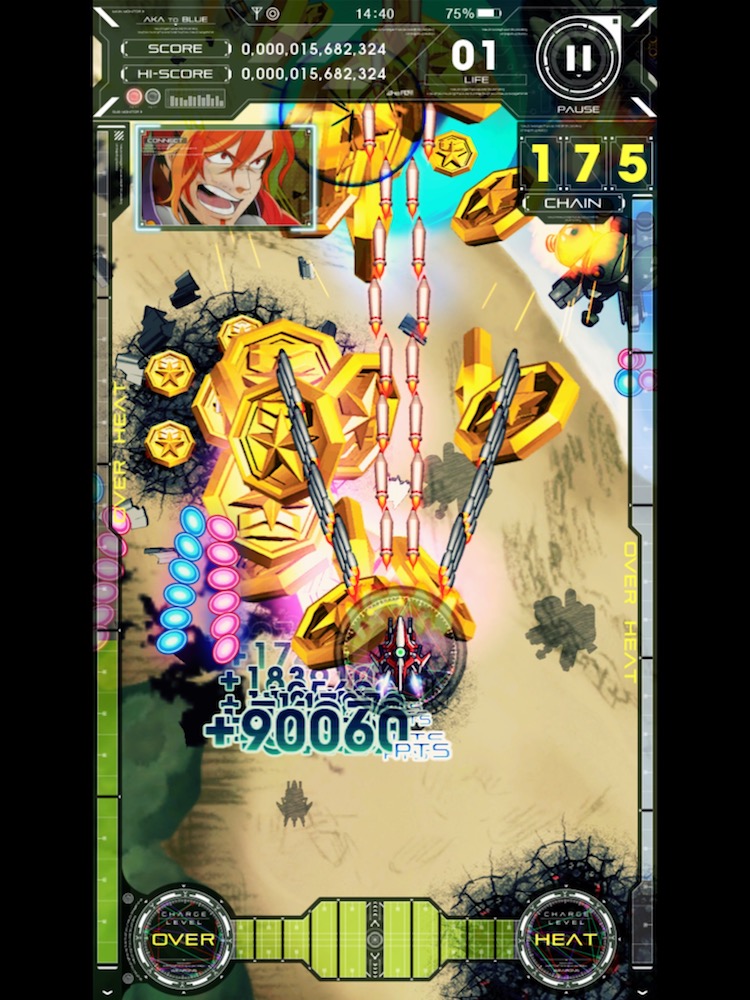 Which is a good job really, because Aka to Blue will be hard as nails to anyone not versed in this sort of shooter. The game's untranslated Japanese story scenes could drive many away, too.

Frankly, I couldn't care less about such trifling matters. Just point me in the direction of the next wave of coin-generating bullets and let's get hoovering.

A faithful follower of Cave's bullet hell shmup template, but with a neat smart-bomb twist and an agreeably casual pay-off
Next Up :
Xiaomi 11T Pro review - "Pro in name, pro in nature"