Lilith Games has announced an exciting new update to AFK Arena, the studio's wildly popular idle RPG on mobile. Geralt of Rivia and Yennefer of Vengerberg are joining the fray in an epic collaboration event with The Witcher 3: Wild Hunt, letting players dive into a new Witcher contract as they fight to protect Esperia.

In AFK Arena, players can expect two new playable heroes with Doug Cockle reprising his role as Geralt in the crossover. Geralt will show off his battle prowess in sword-based melee combat along with powerful alchemy. On the other hand, players can expect Yennefer to unleash her devastating arcane spells that deal massive AOE damage. 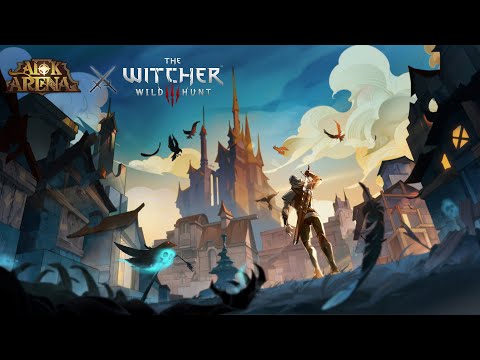 If you're eager to give the game a go yourself, you can download AFK Arena on the iOS App Store and on the Google Play Store for Android devices. It's a free-to-play game with in-app purchases. You can also join the community of followers over on the official Twitter page to stay updated on all the latest developments, visit the official website for more info, or have a look at the embedded clip above to get a feel of the latest update in store for you.

Are you on the hunt for more similar titles that will put your skills to the test on your mobile device? Why not take a gander at our list of the best Android idle games?

Next Up :
KAMiBAKO - Mythology of Cube is a world crafting RPG with puzzle elements, coming soon to iOS and Android