Lilith Games is celebrating the third anniversary of AFK Arena with tons of epic events, in-game goodies and special bonuses to thank players for their love and support. The popular idle RPG is not only welcoming two brand new heroes, but it will also add new exclusive skins and plenty of other things to look forward to.

In AFK Arena's third-anniversary event, players can expect to welcome two new heroes joining the arena - Oku and Audrae. The former is a Thorned Vengeance member while the latter is an agility-based hero with a devastating Cosmic Shower ultimate skill. Baden will also be getting a Star of Rayne makeover; plus, simply logging into the game will reward players with plenty of prizes such as 100 summon scrolls.

Meanwhile, a new web series titled "Just Esperia Things" will give fans a little sneak peek at different heroes' adventures throughout Esperia. And if you're feeling a little nostalgic, the Adventure Records will help you walk down memory lane in the game. 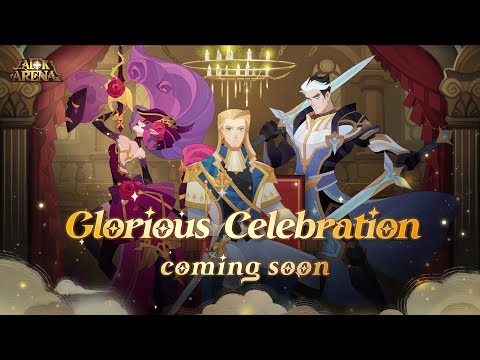 There are plenty of reasons to celebrate during the third-anniversary festivities, so if you're eager to join in on all the fun, AFK Arena is now available to download on the Google Play Store for Android devices and on the iOS App Store. It's a free-to-play game with in-app purchases.

You can also join the community of followers on Facebook to stay updated on all the latest developments, have a look at the embedded clip above to get a feel of the many in-game events and special celebration giveaways, or visit the official website for more info.

Next Up :
Lucid is an upcoming TouchVideo project by Flavourworks that features tactile storytelling in video games