TIP #1 - SWITCH WEAPONS DEPENDING ON THE DISTANCE OF THE TARGET

In Scenario mode, you can carry two different weapons. Though the weapon type is limited, the game itself selects the types of weapon you can bring to a stage, such as a Shotgun and a Rifle. You should divide your weapon slots into two, one for long-range and one for close-range encounters. For example, when you have a Shotgun and a Rifle, you can use the rifle to take down zombies that are far away, but if a zombie comes close, you can switch to your shotgun and take it down in just one shot.

Don't hard press the fire button and keep shooting. This will do you no good as it will become challenging to aim because of the recoil. It's best to learn tap shooting from the very first stages. This way, you will be all prepared for when the game becomes more challenging later on. 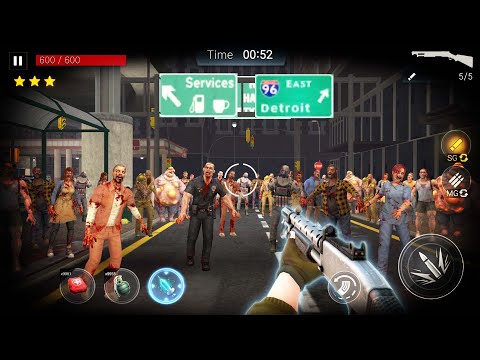 If your bullets hit the zombies' legs and hands, they will do much less damage than when they hit the chest area. But the shots that hit the head will do the maximum possible damage. So take one extra second, but aim for the head.

TIP #4 - RELOAD WHEN YOU GET THE TIME

Zombies will come in waves most of the time. You will get a few seconds to breathe between these waves. Use this time to reload both of your weapons. Also, it's better to switch to a different gun in the middle of a fight, rather than reloading.

That concludes our Zombie Virus: K-Zombie - Scenario mode gameplay tips and tricks article. For more tips and guides, stay tuned with us. We have a list of the scariest Android zombie games, as well as the zombie games that you can play on iOS, and they will blow your brains out!

Next Up :
Full list of EVERY Killer and Survivor in Dead by Daylight Mobile