Based on the popular Korean webtoon with the same name, Zio and the Magic scrolls is an automated battle game with five heroes and Magic scrolls. This AFK RPG lets the player utilise skills automatically, plan strategies and set out on an adventure to collect the required magic scrolls.

The story takes place in a future created after a bloody war between Mages and Warlocks. Our main character, Zio, succeeds in sealing the strongest warlock away and putting an end to the war. However, in the process, he ends up losing most of his magic powers. Currently, he only wields the ability to craft magic scrolls that allow even ordinary humans to harness and utilise the power of magic. Now it is up to the player, you and me, to protect the peace on the planet.

Other than the main objective, there's also a mystery revolving around our ordinary but extraordinary main character Zio. Formerly an Archmage, but now an ordinary scroll merchant. What is Zio's true identity? It's up to you to find out! 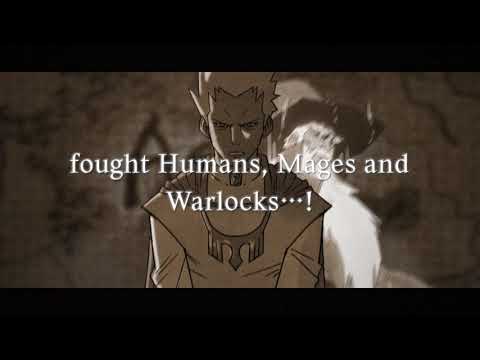 You can collect different heroes to assist you in your journey. From warlocks to archmages to demons, you are spoiled for choice. The game also has a unique feature where heroes who do not participate directly in battle can also support the team by registering as supporters, giving players more reason to collect all the characters. If for some reason, you still need more incentive, the game rewards you with additional abilities when you complete a hero collection!

Not only is the gameplay fun, but it also contains some stunning worldbuilding. Our quest takes place on the mysterious planet of Naptel, created by the blood, flesh and tears of Gods and Demons alike. Here, on a land called Aerok is where our story starts. The ongoing chaos in the battle between the humans, demons and archmages gave rise to terrible creatures, which we now have to defeat with the help of Zio and his scrolls. There are a total of four chapters and 22 episodes for you to explore in this world, with separate hidden episodes for the heroes as well.

You can now pre-register to be part of this magical journey on Google play. By pre-registering, the game will automatically be downloaded on the day of release. So don't be afraid, join Zio to become a hero and save the world!

Interested in RPGs? Check out our list of the Top 25 best RPGs for iPhone and iPad (iOS).
Next Up :
Blitz: Rise of Heroes is a new idle RPG from Whaleapp that's out now on iOS and Android devices