Zio and The Magic Scrolls hosts a collaboration with RPG Destiny Child to celebrate 1.5 million downloads

Super Planet’s popular idle RPG Zio and The Magic Scrolls has announced a collaboration event with an equally popular mobile RPG; Destiny Child. This event will occur parallel to a big update to celebrate 1.5 million downloads, and that update will add a bunch of quality-of-life adjustments that fans have been asking for.

First off, let’s go over what this collaboration event entails. The primary piece of content being added is an Event Dungeon. Within this dungeon, players will be able to experience the story of three succubi who fell into the world of Zio and The Magic Scrolls.

You’ll be collecting Mona Cookies by clearing this dungeon, and you can then use them to collect rewards ranging from the collaboration characters themselves to new pieces of equipment. There are also additional rewards that will be handed out for simply participating in the event. This collaboration story will only be available for a limited period of time, so be sure to log in and check it out yourself while it’s up. 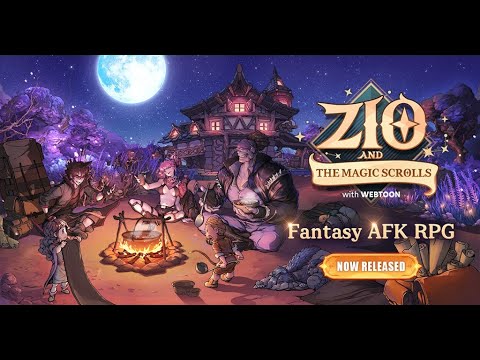 As for what new characters will be added to Zio and The Magic Scrolls, we’ve got three new members to the cast. Mona, the succubi leader from Destiny Child is the first. She plays a lot like she does is in Destiny Child, as do the other two, so you’ll know what to expect if you ever tried out that game. The other two being added are Lisa, the brains of the group of succubi, and the mascot of Destiny Child Davi. All three of these new characters will be redeemable from those previously mentioned Mona Cookies, so be sure to collect all the cookies you can to get all three!

As for the quality-of-life buffs, players can expect a new version of heroes called Illusion Heroes. Illusion Heroes will be the next available version of heroes alongside the already existing Gods, Demons, Heroes, Humans and Transcended Heroes. These will only be available during the event period. On top of that, SS-Rank equipment with special abilities will also be added in to help with clearing out the event content.

Phew! That’s a lot of new stuff. If you’d like to check it out yourself, you can download Zio and the Magic Scrolls for free by tapping either of the links below! This event will begin in early August and will run for about a month, so be sure to log in and get all the new characters and equipment while you can!

Looking for more idle RPGs to pre-occupy your time? Check out our Top 15 best idle games for Android!
Next Up :
World of Warcraft Mobile, revealed only a few months ago, has officially been cancelled