ZIO and the Magic Scrolls is a brand new AFK RPG. It allows you to automatically battle and use skills, while the titular magic scrolls can be activated as well when the situation gets dire. You can even obtain AFK rewards without repeat play.

ZIO and the Magic Scrolls allow you to collect 12 magic scrolls, each of which has unique abilities from regular to black magic. However, you can only use three during a battle, so choose wisely.. An item called mana is also essential for using magic scrolls, with each requiring different amounts.

You can explore 4 chapters and 22 episodes to go through the world map as the story develops. You can also discover hidden episodes about the heroes with comic-like vivid stories. These Heroes can have their level increased through teamwork and break the limit’, while those who don’t participate in battles will provide additional combat power by acting as a supporter. Additional abilities are also unlockable by completing the hero collection. 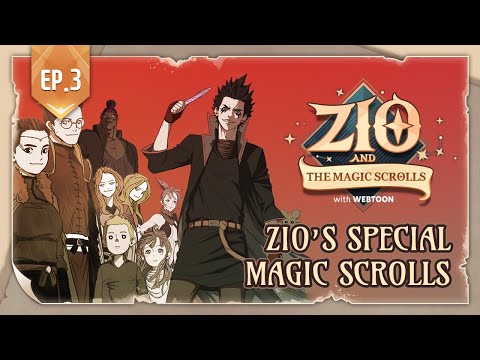 A scroll shop called Manadonna is also present, where you can craft and enhance scrolls. There is also a place called Lucas Lab, where you can conduct various studies to become stronger. A Magic Guild option is also available, allowing you to conduct magic research and socialize with your friends.

Many other interesting features are available, such as daily changing dungeons, the Mage’s Tower where you can test your limits, and the duel circle.

ZIO and the Magic Scrolls is available to download for both Android and iOS worldwide. You can download it now on the App Store and Google Play. It is a free-to-play game with in-app purchases. Also, check out our list of the Best upcoming mobile games in 2022.
Next Up :
MGCM Magical Girls is an upcoming maiden-themed RPG that's now open for pre-registration

ZIO and the Magic Scrolls codes: May 2022

Zio and the Magic Scrolls is an idle RPG set in the magical world of Aerok, available for pre-registration now