Editors Corner: The problem with XCOM Legends is how people view mobile games

I, for one, can't wait for XCOM Kart Racers

Yesterday a new XCOM title, XCOM Legends, was soft-launched onto Google Play. Developer Iridium Starfish (which Reddit user Kiyanavasala has found records attaching them to IP holder Take-Two) has been working on the title in relative secret, in fact, we've still not seen as much as a press release or a tips email letting us know that the game is live.

Of course, with soft-launch games that doesn't always happen - it's a space for testing or piloting ideas to select audiences, giving time to redevelop before possibly releasing it to the world. A more open development than closed betas, but less open than open betas, and geographically locked too.

When it comes to XCOM Legends, opinions are mixed around the internet. The main issue is that a lot of the classic tenets of XCOM, which have persisted since the early Gollop-era through until the modern Firaxis era, have been carved out of the game. What we're left with is the XCOM universe being worn like a skin, while a different beast hides underneath it. A bit like XCOM 2's Faceless, if you will.

You can take a peek at it in action below, courtesy of Android iOS Cabogame on Youtube. 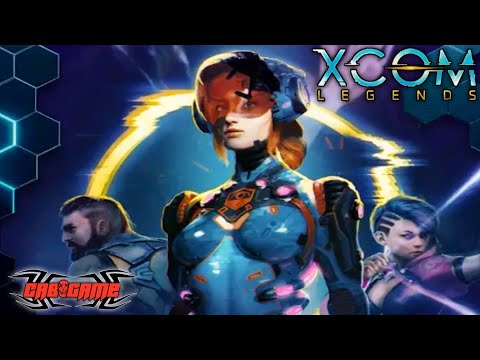 You see, a lot of the elements of the core XCOM games have been transmuted. Tactical movement on a grid-based system is out, instead, you have the option to move units between select few positions as they move through waves of enemies. The character development that came with units surviving missions and refining into specialists through classes and skills, is out, instead, there's a familiar gacha-style levelling system. Even the technology and base-building elements are removed, instead, a light equipment and buff system are in.

Tactical combat remains in some form; Characters chatting away, special abilities and more all remain. The game looks distinctly XCOM and features the 'core' base team (Bradford, Shen, Tygan) of XCOM 2 and War of the Chosen. However, soldiers don't die. There's no permanence here.

Propping up the Gacha mechanics, there's a convoluted (in a game about alien needle beasts that create zombies) gate, not dissimilar to the summoning gate from Fire Emblem Heroes. In the tutorial, soldiers burst out of it, dripping in insomnia tropes, drenched with a self-awareness that somebody might just fuse them up into a stronger unit.

It's all a bit alien (aha!), but franchises deviate from their routes all of the time. The cause isn't some awkward decision - some vision that this would create a better game than the original; In fact when Gears Pop (now offline, although not a guarantee of things to come) launched, the comments were quite similar to the ones above.  The cause, the decision, is due to platform, genre and audience perception in the mobile space. 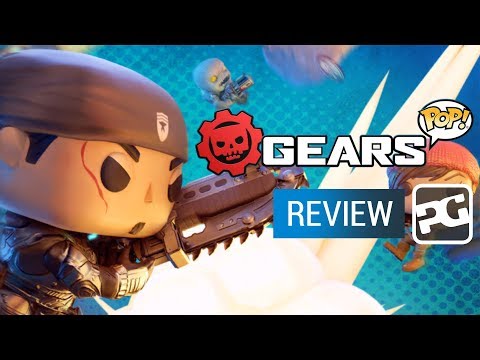 Mobile has some XCOM games already, they're very good. In fact, you might have heard of them. They're basically XCOM, XCOM Enemy Within and XCOM 2 (with the fantastic War of the Chosen expansion), in fact, they are those games just with some great UI tweaks. They're a bit hoggy and are quite demanding on older devices, but the interface is better than the PC version. I'm a massive fan of XCOM, and while the absence of mods is felt on mobile, you just can't beat touchscreen interfaces on tactical games.

So, why is the new XCOM game actually in the auto-play Gacha RPG genre?

The answer is the same as the reason XCOM The Bureau was a real-time, third-person RPG. It's because there was a perceived audience for that combination of genres and descriptors. In the case of The Bureau it was almost certainly influenced by the surging popularity of Mass Effect.

People were showing the world that they wanted faster RPGs, developed in a way where all of the juicy numbers were in the background. ME2 had kickstarted a big movement, all of a sudden RPGs were super accessible and cool - as a result, we had RPG elements slide into a bunch of different genres. The Bureau followed in those footsteps in the same way that the X-COM team worked on an RTS in reaction to that being the golden genre of the 90s. 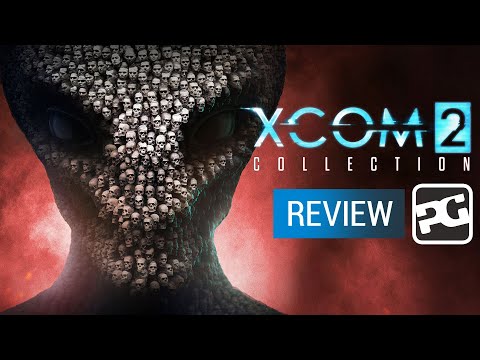 In the case of XCOM Legends ... there's a clear influence from an incredibly popular game at this moment in time: Raid: Shadow Legends. If you've somehow managed to miss the heavy-handed sponsorship that the RAID developers have invested in over the years then all you really need to know is that it's a Gacha RPG with tons of hero characters. You level them up, you equip them with items, and you send them off into waves of fights. In the fights, you can direct them, or leave it to the AI. This description can be applied almost exactly to XCOM Legends. Fine, Fine, that's clearly what people play at the moment.

Somebody has seen games like this and said, the XCOM IP can do amazing things here; this game as a deep, rebellion/uprising-centric Sci-fi could blow minds, and we've already shipped a few units on mobile already, let's license up.

The developers can't really be faulted for this, hardcore XCOM fans will likely still dip into this, but they're not the target audience here. I've been playing a lot of Pinball recently, and part of me wishes that somebody took the Attack on Mars table and tweaked it to the XCOM setting. However, the fact of the matter is that if a Pinball table was made with the XCOM lP, then it would be aimed at Pinball fans, not at XCOM fans with a passing interest in pinball.

That's what has happened here, somebody has seen a large audience on mobile and targetted it - somebody made the choice between prioritising creating a new audience or capturing an existing audience, and they chose to capture existing, active, spending players... In order to do that you simply look at what is working, and you probably don't need to look any further than RAID Shadow Legends, a game that has ranked 1st for RPG on the AppStore in over 95 countries.

That might be a bitter pill to swallow in 2021, where you can stream Cyberpunk 2077 on your phone using Google Stadia, or can run Forza Horizon 4 using Xbox Game Pass on your phone, but it's a reaction to existing audiences, and if you can forgive the genre shift, it doesn't look half bad.

XCOM Legends is available, in select regions, in soft-launch on Google Play. If you like the idea of playing games ahead of launch then check out our list of the best Soft Launch mobile games.

Next Up :
Valve's Steam Deck: A real threat to mobile or just a passing fad?