Gears Pop!, the real-time strategy game that blended Funko Pop and Gears of War, has been shut down by Microsoft after a less than two-year run on iOS and Android.

The reason for this cease of operations comes from the fact that maintaining the servers as well as developing content for the game wasn’t possible with the logistics Mediatonic was working with at the time.

A blog post from last October titled “Thank you Gears!” on the Gears Pop website states: “There are a number of things that go into maintaining a game beyond keeping servers active. Addressing issues, developing content, and providing support are critical in keeping a game running. Unfortunately, this is no longer feasible.”

It’s a shame for the people who enjoyed Gears Pop! to have to say goodbye to a game that maybe didn’t get enough time to breathe. The last six months of the game’s life brought back many popular events and modes as well as adjusting rewards, Pin upgrade costs, experience points. This was to ensure the last few months were as enjoyable as possible for players. 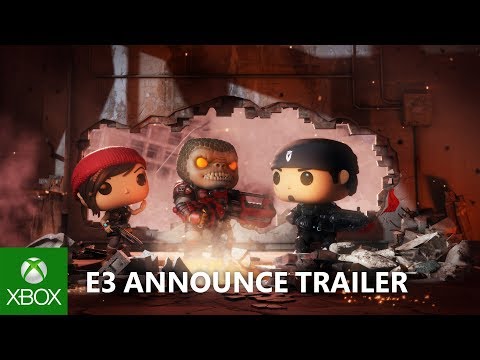 All in-app purchases made between 30th July and 28th October were also refunded to ensure players weren’t spending lots of money on digital items that would soon become inaccessible.

Despite this news, Gears Pop! had shown early signs of success by accumulating one million players within its first week of release, as reported by our sister site PocketGamer.biz.

Read about some of our favourite strategy games on iOS right here.
Next Up :
These Robotic Hearts of Mine, due for delisting from the App Store soon, is currently completely free