‘Polygon’ word puzzles have invaded the puzzle pages of many newspapers recently, and their comparative ease has meant that those who find crosswords a little too cryptic or think Sudoku is a form of martial art can still test their brains on the train.

Despite its title clearly not being in the dictionary, Wooords transforms the polygon concept into an iPhone puzzler that is a vast improvement over pen and paper.

Its no-frills attitude to presentation doesn't detract from what is a brilliantly addictive game that tests your knowledge of the English language.

In Wooords you're given a selection of nine letters from which you must construct as many words as possible with a minimum length of four letters. The only caveat is that every word must include one highlighted letter in particular.

Letters are presented in the form of fridge magnets, which lends a degree of charm and nostalgia to the minimalist art style.

You don’t have to worry about perfectly positioning them together as the game is very adept at recognising words. This system has its advantages over print, as you don’t spend valuable time fathoming whether ‘faler’ is a word (it’s not) or if ‘arse’ and ‘fart’ count (they do).

Each of the thirty puzzle levels has three stars as prizes, and you win them by scoring as many points as possible. As in Scrabble, each letter has a points value with vowels and common consonants worth just one point and more awkward letters such as Q and Z rewarded with ten.

Combos and multipliers are triggered by quickly chaining words together or by creating words with more than one syllable.

An additional mode, Word Jam, uses the same scoring system, with the aim being to reach the target score within the time limit to progress to the next level.

Once these have been exhausted, Daily Words continues to test your brain by releasing a new puzzle every day, pitting you against other players to reach the summit of the online leaderboards.

All around the word

Wooords takes a simple idea and implements it effectively with challenging puzzles, intuitive controls, and word detection technology to create a game that makes the thought of returning to newspaper puzzles like going back to the Stone Age.

Wordsmiths may extract the most enjoyment from Wooords, but its ease of use and star system ensures that massive vocabulary is not necessary to play.

The thirty puzzles might not prove to be a significant number in the long term, but Daily Words ensures that the game could last as long as the developer chooses to support it.

The only real disappointment is that there aren’t any other types of word game to utilise the fantastic engine, but perhaps this is being too greedy.

Wooords may not be the flashiest game you'll play this year, but this superb word puzzler is proof that a game doesn’t need gimmicks if the gameplay speaks for itself. 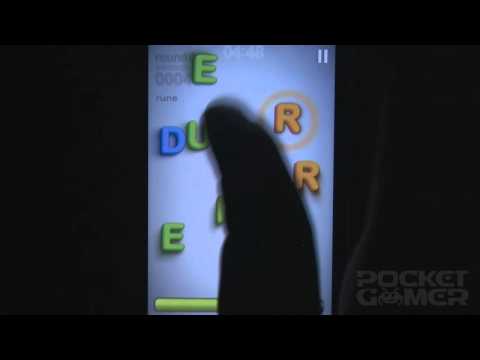 Wooords’s ease of use and challenging puzzles ensure that it’s a must have for word buffs and puzzle fans of all abilities
Next Up :
Netflix Oxenfree review - "Reading the signals of a thriller story"