The ever so popular mobile MOBA Wild Rift is hosting a new event-based around the in-world nation of Ionia. With this event, players can expect lots of new challenges to complete to earn not only the two new champions being added to the roster but also new icons, emotes, and more.

Any Wild Rift or League of Legends fan, in general, will recognize the two new champions that are arriving alongside this new event. Shen and Karma are two of the oldest champs on the League roster, and it’s frankly shocking they weren’t part of the initial Wild Rift on launch. Regardless, the silent ninja and the spiritual priestess have arrived, offering players new ways to dominate the rift. To unlock these two new characters, players will simply have to complete some of the 21 missions being added in, alongside one repeatable challenge. 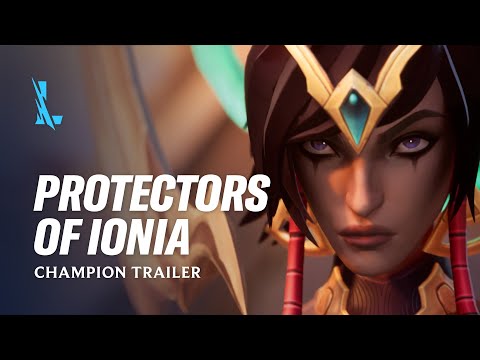 These missions involve some pretty basic things that will likely be completed by just playing matches during the course of the event. Things such as simply visiting the event page within the client, playing a game with a premade party or three solo games, earning 40,000 gold, and much, much more. As the event progresses, new rewards will progressively become available, allowing you to spend tokens that you’ll earn from completing these missions. Of course, two of the purchasable rewards are Karma and Shen themselves.

Protectors of Ionia will run from now to April 13th, allowing players plenty of time to get in and begin hunting down those tokens. And if you’re concerned about not being able to spend all of your currency during that time, the token shop will remain open for an extra week, closing April 20th, so you’ll have ample time to buy whatever you please. For more information on the Protectors of Ionia event, check out the official website.

With generous handouts aplenty and two whole new characters sure to shake up the meta, Wild Rift is in a great place right now and there’s no better time to get involved. If you’re interested, you can find Wild Rift for free on both the App Store and Google Play.

Looking for more of that intense action only MOBAs can offer? Check out our Top 10 best MOBA games for Android devices!
Next Up :
Captain Tsubasa: Dream Team's Next Dream storyline is expanding with new chapters