Warhammer AoS: Soul Arena is an automatic battler that pits four players against each other as their armies duke it out in an arena-style environment. The coliseum-type settings will give you minor Clash Royale vibes mixed with Teamfight Tactics.

You start off with a Captain and place them down on the battlefield. You'll then have the chance to fully assemble a squad of warriors by making purchases using gems. You'll earn some after each round and will be able to select between different heroes and sometimes all of them that are shown.

It's really all about which types of units you put out there and how strong they are. You can upgrade them as well over time. It's a fun and pretty chaotic battler as you fight against two other opponents for world domination, whether it's against the CPU or other players from around the world. Here are a few basic tips to kick off your battles. 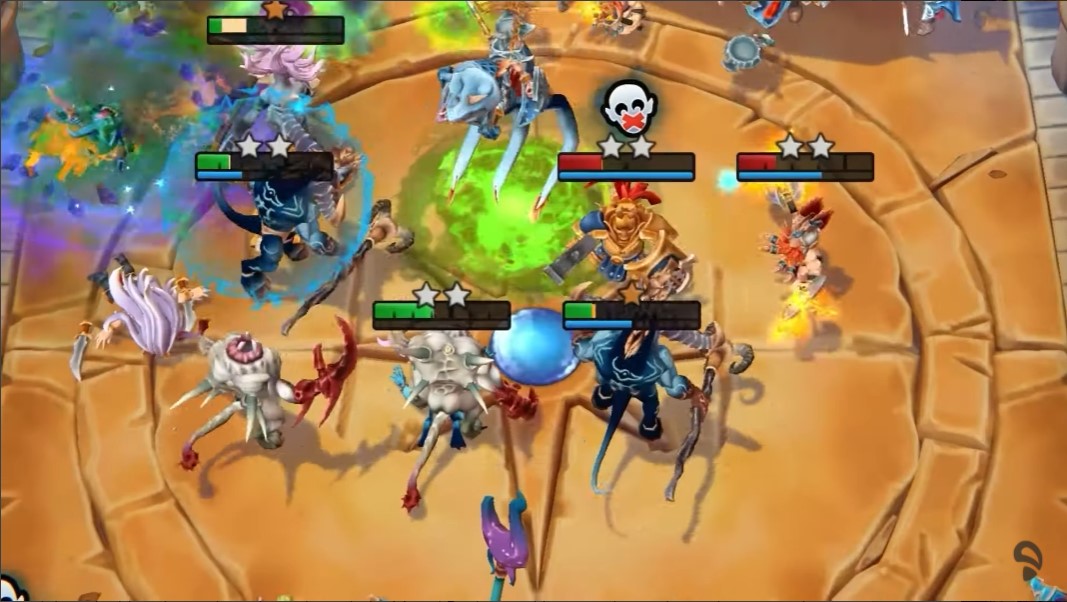 Warhammer AoS: Soul Arena is one of those games where it's overall a pretty easy game to understand but there's a lot going on and that can throw new players off sometimes. One of those points could be forgetting to upgrade your units.

This is something that is a must in battle. You can upgrade your units by adding a similar one or the exact same one to your army. If you have an Ector Silverspear unit, for example, head into the shop and choose another Ector Silverspear (if available) to upgrade the one on the battlefield.

Find one more and you'll upgrade them to +3. This can really give you an upper hand in the arena to go along with the other units helping your upgraded one. The game is really all about who has the biggest and most powerful army. You don't start off with it, obviously, you build it during the fight. Upgrades can help solidify that but of course, be prepared for your opponents to do the same.

Tip #2 - Remember to Get More Space

During your Warhammer AoS: Soul Arena battles, you can upgrade how many units you can have out there using gems. This is a reminder to remember to do so. As we mentioned, it's really about the size of your army that can help you win.

On top of that, upgrading units like we talked about also is a key contributing factor. Using gems in the shop to get more unit space will give your army a comfortable amount of firepower. Again, your opponents will likely try to do the same but I'd say, if you can, try to do this fairly early.

It seems like a rather small thing but anything to improve your army size is a must. Plus, it's just fun and chaotic seeing groups of big armies battling it out in the arena. Upgraded units combined with a sizeable army will be a great formula for potential success.

Similar to doing upgrades, in Warhammer AoS: Soul Arena, you can combine three similar types of units that will contribute to Synergies. As an example, placing a few melee-style units into the arena will grant you the Fighter Synergy.

This will help your squad get some extra firepower and abilities. This goes great with any upgraded units that you may have. Whether it's magic-based or fighter-based, take a look at the units you have available for purchase and think about how you want to approach them.

Feel free to experiment even and see which styles you feel work out the best in your favour. You can have more than one Synergy set up as well so go all in if you'd like. Let the power be one with you, Captain.

0/3
Next Up :
What Roblox games give you Robux?