Warhammer AoS: Soul Arena is a brand new strategy game that offers players a next-generation free-to-play auto-battler set in the stunning fantasy universe of Warhammer: Age of Sigmar. It is inspired by Dota Auto Chess, and will see players compete in turn-based wars through the Mortal Realms, where players will have to use strategies and tactics to emerge victorious.

Warhammer AoS: Soul Arena will provide various units for players, which will be the core of their Warhammer: Age of Sigmar Army. Players can collect and merge similar units from the shop and upgrade them to become even stronger during battle. Players will also choose a captain before battle, depending on their preferred playstyle.

Similar to battle royale games, Warhammer AoS: Soul Arena will also require players to be the last man standing to emerge victorious. It also allows players to create synergies by mixing units from different factions and classes from the shop. A crossplay option is also available that allows Android, PC, and Mac users to compete against one another. 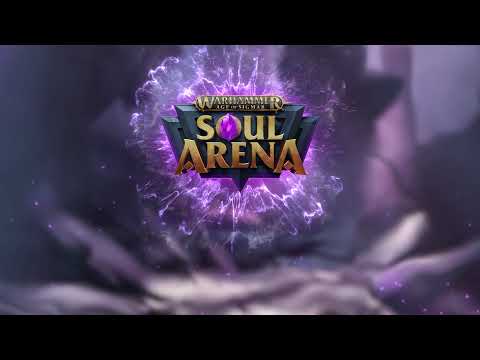 Warhammer AoS: Soul Arena gives players the option to compete with their friends or challenge others from around the world. Players will also be able to join PvP lobbies and tournaments, while a unique single player mode is also present with a special AI made exclusively for it.

Warhammer AoS: Soul Arena provides a quality gameplay experience with finely integrated elements that result in an engaging and entertaining time for players that requires them to play intelligently.

Other additions like ranked matches, crossplay support, and tournaments are all fine features that enhance the game's overall quality and provide a great experience for players.

Warhammer AoS: Soul Arena's early access version is available for users in the Philippines and Indonesia on Google Play. The PC version is also available on Steam.

Interested in strategy games? Check out our list of the Top 25 best strategy games for Android phones and tablets in 2021.
Next Up :
FORESTOPIA is welcoming dogs and cats into the cosy island sim in its holiday-themed winter update